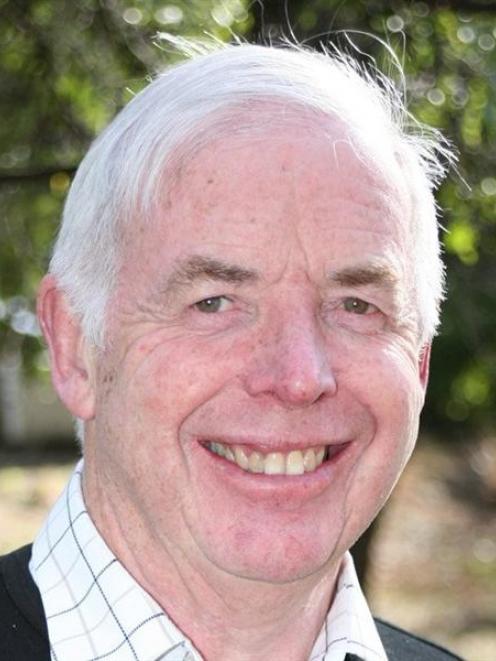 Sir Eion Edgar
Yesterday's announcement Queenstown is one of 23 centres across New Zealand which will host Rugby World Cup teams in 2011 has presented the resort with a great opportunity.

This year, the inaugural Winter Games NZ was held throughout Otago from August 21 to 30, attracting about 800 athletes from 26 countries, along with spectators and supporters.

Yesterday, WGNZ chairman Sir Eion Edgar said the organisers were "certainly" pushing for the next event to be held in 2011, to coincide, but not conflict with, the Rugby World Cup.

The games could be moved forward slightly, to run seamlessly into the region's hosting of Rugby World Cup teams, and their supporters.

"We have said publicly we will require some Government funding to go ahead.

"Our plans are to bring it forward a week."

Sir Eion said while "realistically" most people who attended the WGNZ either as athletes or spectators would not stay on to watch the Rugby World Cup, the organisers were "very cognisant" of the importance of the RWC to New Zealand.

"We don't see it as a conflict. We see it [WGNZ] as a lead-in to clearly different events which attract different people."

Queenstown Lakes District Council Mayor Clive Geddes said the potential to time events around the Rugby World Cup would hopefully attract high visitor numbers to the resort and the region.

"It's one of the reasons why we in Queenstown and Southland have decided to keep that small [Rugby World Cup] committee together, to now manage all of the opportunities around the Rugby World Cup.

"There are an enormous number of opportunities," Mr Geddes said.

He said the committee would work closely with Chambers of Commerce in Dunedin and Invercargill, New Zealand Trade and Enterprise, Venture Southland and Destination Queenstown, to ensure Otago, Southland and the Queenstown Lakes had "lots of events lined up" around the time of the Rugby World Cup.

"We don't want to compete with it. Neither, for that matter, do we want to end up competing with each other.

"We do not want a major event on in Queenstown like the Winter Games and, at the same time, have major events in Invercargill or Dunedin.

Mr Geddes said one event which might come under the spotlight was the American Express Queenstown Winter Festival.

Traditionally held for 10 days from the last Friday in June, the festival might be moved to better co-ordinate with the RWC, he said.

"We know now when our hosting responsibilities for the Rugby World Cup are going to occur . . . Before and after that, we'll complement, not compete, with that activity.

"That's about understanding when the best time is to hold the Winter Festival; to stage the Winter Games around that anchor time of the Rugby World Cup."