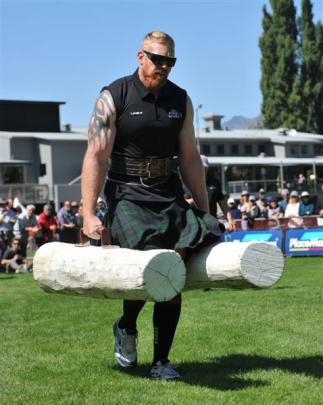 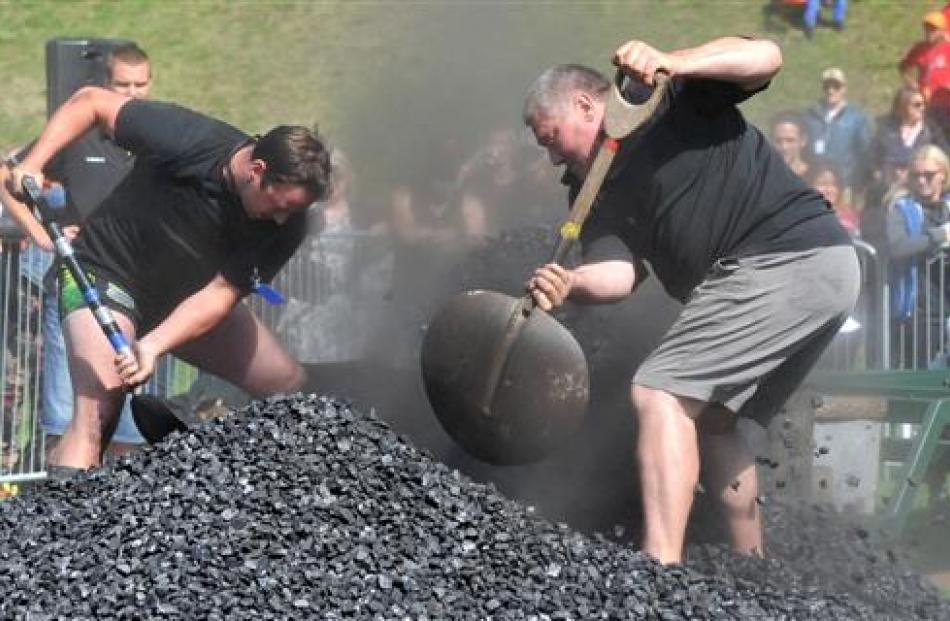 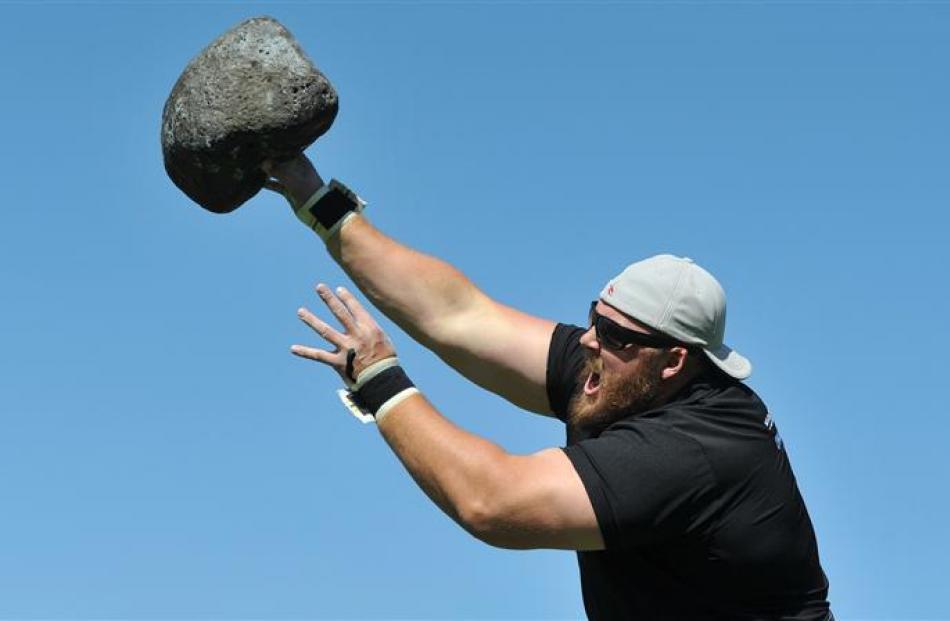 Luke Reynolds, from Australia, puts the stone in the Highland games. 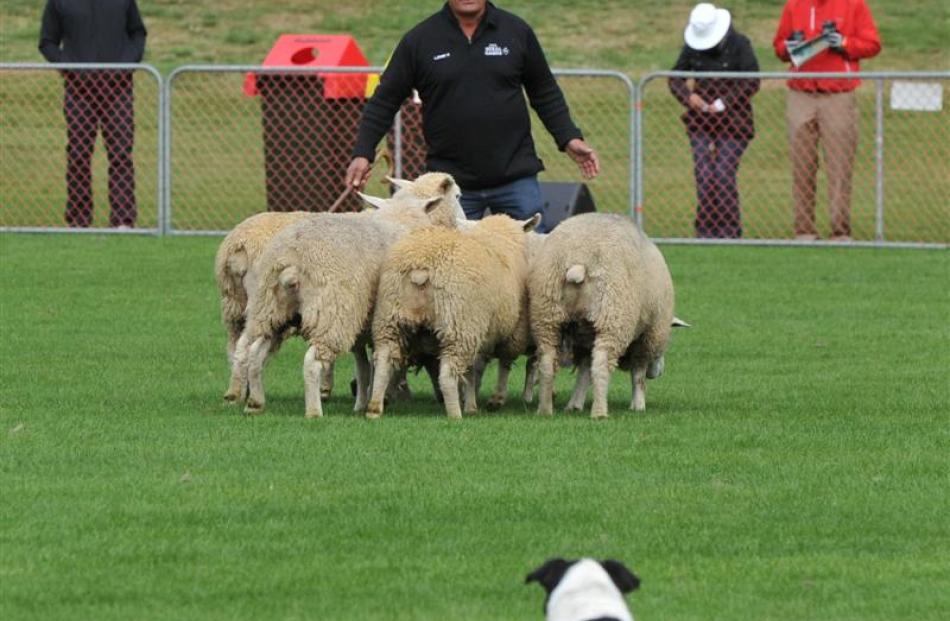 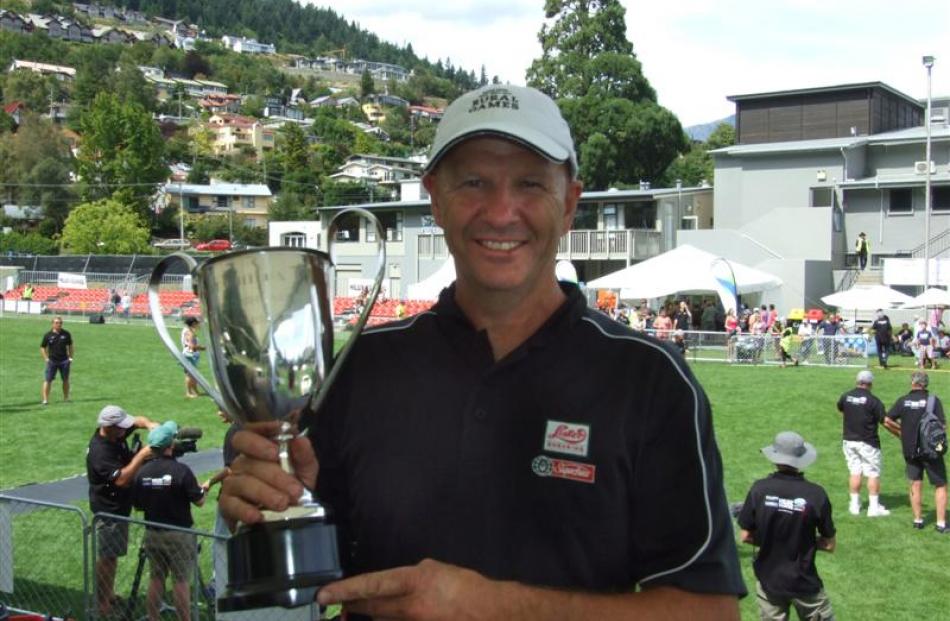 Shearer David Fagan cemented his status as a true great of the sport with a thrilling victory yesterday.

Fagan (53) beat the 10 best shearers in the country to take the inaugural NZ Speed Shear Championship title, at the Hilux New Zealand Rural Games in Queenstown.

Fagan, of Te Kuiti, said: ''I'm absolutely over the moon.

''It's hard to come here and beat all these younger guys.

''They're such good fun these speed shears, good entertainment, and I feel very privileged to come out on top against these guys.''

Fagan, who will compete in the Otago championships in Balclutha next Saturday, plans to retire from the shearing circuit after this season.

''Speed shearing's different but I want to finish off doing the shearing competitions where I'm still good enough to win,'' he said.

''I might as well get out while the going's good.''

His victory was one of the highlights of the two day games. Nearly 200 competitors took part in national and transtasman championships of ''sports that built the nation'' at the sun drenched Queenstown Recreation Ground over the weekend.

Founder and trustee Steve Hollander, who has spent five years getting the event off the ground, said: ''We've had absolutely brilliant competition. The sport side has been outstanding.''

Mr Hollander said about 3000 people came through the gates over the course of the weekend.

''We budgeted for 5000 but I think, as an inaugural event, you've got to be happy to have made a start. We'll be back in Queenstown next year, to give it another crack at getting the crowds here. The event didn't rely on gate numbers.

''We'll review everything - the price and whether it could be combined into one day.

''But we've brought some great profile for these rural sports.''

Mr De Jong roared to the crowd after his bare chested win in the Atlas stones section landed him the title.

He had also recorded second fastest time in the farmer's carry, a 75m dash with 100kg logs in each hand.

''My back and my lungs hurt the most,'' he said after the farmer's carry. I don't know, can you get a hernia in your lungs? I'm not too sure but that's what it feels like.''

Reigning Australian world champions showed their class in both the coal shovelling and cherry stone spitting, as Stuart Turner and Clint Thompson respectively took the titles.

Ex All Blacks Justin Marshall and Jeff Wilson competed in several events and set a national record in egg throwing (Marshall) and catching (Wilson) of 61.7m.

Marshall also competed in the coal shovelling: ''I think I was reasonably cocky when we were talking about the shovelling beforehand, but a quarter of the way through, I realised it's a lot harder than it looks.

''As with anything, whether it's playing a game of rugby or swinging a golf club, it's all about technique.''