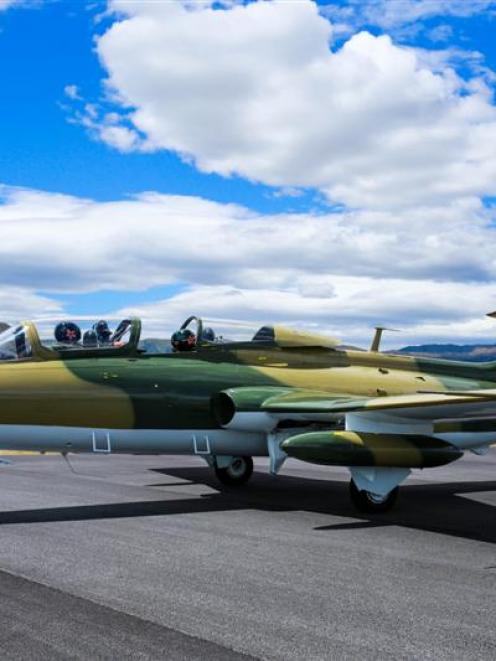 Colonel Curtis Brown of the United States was flight commander on two of his six space missions and is also a five-times winner of the jet racing championships held in Reno, Nevada, each September - billed as the world's fastest motorsport event.

In jet racing, aircraft go head to head over a 14km course at speeds of up to 700kmh.

''We've heard a lot about Warbirds Over Wanaka and very much want to be a part of it,'' Mr Mangold said in a press release.

Airshow manager Ed Taylor said the airshow on April 18, 19 and 20 would be the first time both of these ''rock stars'' of American jet air racing had competed alongside each other outside the US.

The third member of the team is John ''Johnny Rocket'' Kokshoorn, who lives in Australia but has previously competed at Reno.

The three visiting pilots will be flying Czechoslovakian-developed Aero L-29 jets, one of which arrived at Wanaka last week to be permanently based in the Southern Lakes area.

Mr Emeny has been flying for nearly 40 years and will be competing in his own Vampire. Mr Hughan will also pilot a Vampire and Mr Vause will be in his Aero L39.