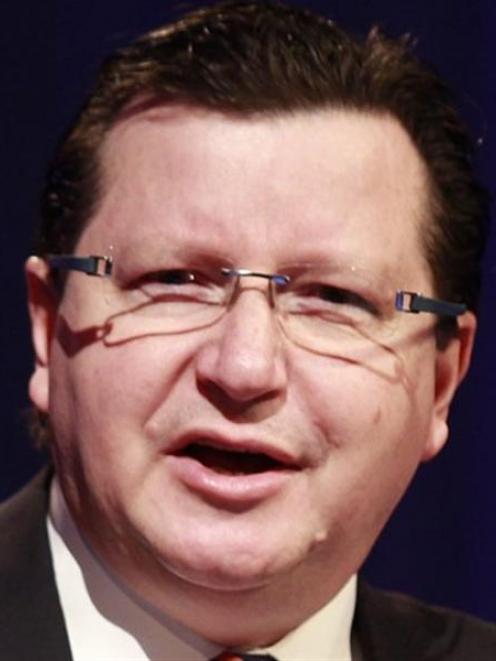 Nigel Morrison.
Players involved in the proposed convention centre project for Queenstown are staying tight-lipped about the parties who want to be involved and how it might be funded.

The Queenstown Lakes District Council issued a request for proposals in September. The process closed on December 7 with ''several proposals [in] support in principle for a first-class convention centre,'' Mayor Vanessa van Uden said at the time.

Crown Solicitor Simon Moore QC, of Auckland, was appointed independent chairman of the evaluation panel to assess the proposals. Mr Moore is on leave for all of January.

SkyCity Entertainment Group was rumoured to be one of the parties which expressed interest in the convention centre.

The company took full ownership of the Queenstown casino in December, buying the other 40% previously held by co-owner Skyline Enterprises Ltd.

SkyCity sold its share in the Christchurch casino to Skyline.

''Over the past two years SkyCity has invested significantly in our Auckland site, to encourage high-spending visitors to come to New Zealand,'' group chief executive Nigel Morrison said when announcing the deal.

''This has seen international business at SkyCity Auckland triple.

''We believe Queenstown also has huge potential in this area and will be investing in the casino to offer a VIP experience.''

However, a SkyCity spokeswoman told the Otago Daily Times the group had no comment to make on the convention centre and referred inquiries to the council.

Council chief executive Adam Feeley declined to comment on any parties who had responded.

''As regards timing, we have already indicated that we hope to be in a position to advise on progress and next steps by late February/March.

''More generally, the project is progressing well to our timeline.''

Deputy Prime Minister and Clutha-Southland MP Bill English also declined to answer when he was asked on December 7 what kind of convention centre he wanted to see built in Queenstown and whether Central Government would contribute to construction costs.

A ''senior staff member'' of the Ministry of Business, Innovation and Employment sits on the evaluation panel and the ministry will continue to be involved with the proposal for a convention centre as it progresses, a spokesman said on Friday. Prime Minister and Tourism Minister John Key in June 2011 told guests at a National Party breakfast co-hosted by the Queenstown Chamber of Commerce the resort needed a convention centre and should look to Auckland for guidance in funding it.

SkyCity down on revenue, earnings expectations

SkyCity to embark on biggest spend