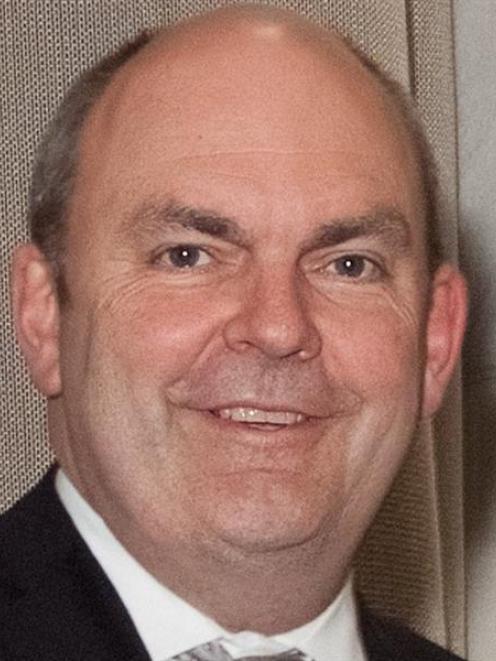 Steven Joyce
Mr Fix-it has become Mr Fudge-it. It was National's good fortune this week that the Minister of Economic Development also happens to be National's unofficial Minister of Damage Control.

Even so, Steven Joyce was forced to deploy copious amounts of political spin to try to neuter the report by deputy auditor-general Phillippa Smith on how proposals for an international convention centre in Auckland were sought and assessed by his ministry.

For the report reveals that officials bent over backwards to help SkyCity improve its bid to the clear disadvantage of four other consortiums also out secure the rights to build the estimated $350 million complex. The obvious question is why.

While such political dynamite lay waiting in the body of the report, the document lacked for recommendations to which National would have been required to respond.

The next time he says he is not losing any sleep over something, no-one us going to believe him. Mr Joyce has played a more clever, if more cynical game. He has been highly selective in emphasising some facets of the report ahead of others. He has feigned ignorance of those elements that don't suit his case; he has deliberately sown confusion as to what the report actually says.

Mr Joyce has gone out of his way to avoid even acknowledging, let alone accepting, some of Ms Smith's criticisms, particularly those concerning the lack of fairness and transparency in the crucial ''expression of interest'' phase of the selection process.

This was vividly illustrated in Parliament on Thursday afternoon when Mr Joyce exasperated Russel Norman by accusing the Greens' co-leader of putting up straw men by mentioning that of the five options put up by the various would-be bidders, only SkyCity had been aware that the Government was unwilling to commit any money to the project by way of capital funding.

Mr Joyce said he had not seen any such suggestion, prompting Dr Norman to ask if Ms Smith had been creating a straw man when she had said ''one potential submitter [SkyCity] had a clearer understanding of the actual position on a critical issue and that critical issue was the issue of whether the Government was going to provide any funding for capital costs''.

Mr Joyce suddenly recovered his memory, saying while Ms Smith night have said that was a flaw in the process, she had also declared it might not have had significant consequences.

This kind of game-playing is unworthy of someone of Mr Joyce's intelligence and stature. But it indicates the extent to which the report had National on the defensive.

Rather than treating the public's watchdog on the spending of public money with respect and - if it was not too late to do so - take some remedial action, Mr Joyce has treated an officer of Parliament almost with disdain. That is behaviour which is constitutionally unacceptable coming from a Cabinet minister, especially given the lack of curbs on ministerial power in the New Zealand political system.

That leaves the question: why were officials so helpful tailoring SkyCity's bid to have the best chance of success.

The answer as far as Opposition parties are concerned resides within National's ''cronyism'' - a word that Labour, Green and NZ First MPs have been exercising their larynxes with this week under parliamentary privilege.

Ms Smith's report mentions a host of meetings and dinners variously involving SkyCity executives and board members, Mr Key, his chief of staff and other Cabinet ministers and their advisers.

Such were the number of such contacts that Gerry Brownlee - according to the report - and obviously sensing the risks, declared at one point that ''too many people are talking to SkyCity''.

Opposition parties argue Ms Smith's report shows officials were simply doing what they thought their political masters expected of them.

Intentionally or unintentionally, Mr Key had given indications - his ambiguous briefing note comment about ''closing off the SkyCity angle'' being the most obvious - that he wanted SkyCity on board . The officials duly delivered.

It must be stressed that there is no evidence of such political interference. Proper procedure is vital, however. As Ms Smith's report notes, proper procedures provide transparency and fairness and avoid allegations of favouritism. In contrast, the Ministry of Economic Development was lax in its planning on how to handle what should have been a normal competitive tender. The absence of such was blamed in retrospect on the ''unique'' nature of the convention centre.

Ms Smith disappointed Opposition parties by not recommending that negotiations between the Government and SkyCity be halted for good and everyone go back to square one and run a fair and transparent tender. Even if she had, it is hard to see National agreeing, however. The convention centre has become one measure of Mr Key's and National's capacity to get things done. If a further halt was called now, little progress would have been made before next year's election.

If it is any consolation for National, it has been a hectic week in politics. There have been announcements covering Christchurch schools, cigarette packaging, welfare fraud and Solid Energy. The impact of the SkyCity report in voters' minds may accordingly be much lower. The Opposition may have to rethink how much time and resources it continues to devote to pillorying National with it.

John Armstrong is the political correspondent for The New Zealand Herald.