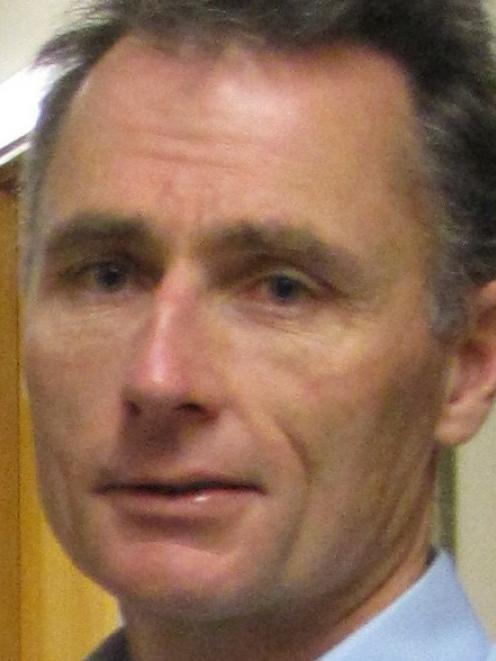 It may not come as a surprise to learn that almost 100% of people arrested in Queenstown during the early hours of any given morning are affected - to some degree - by alcohol.

About 80% of people who become victims during those hours are also affected by alcohol.

However, despite the headlines and the seemingly endless reports of assaults fuelled by alcohol, the resort's top police officer firmly believes Queenstown is a safe place to live.

Senior Sergeant John Fookes has just overseen his 14th New Year's Eve celebrations in the resort and said in that time the number of residents had grown, as had the number of visitors.

The increase in people had led to an increase in crime - but it was in proportion to the growth.

''When there was some quite aggressive marketing to the east coast of Australia, we certainly saw a lot more young males coming over during the winter.

''If you're going to tap the young male market and promote alcohol you're probably going to get some misbehaviour out of that.

''It's a very safe community to live in. However, if you get stuck into the grog you similarly increase your chances of doing something stupid or potentially becoming a victim.

''So, if you look at the pie chart of people offending we are reasonably typical ... it's generally young people, although not exclusively, and it's more males than females.

''If you're marketing to those groups ... if those groups are increasing ... it's not surprising that we get an increase in alcohol-fuelled crime.''

Queenstown police dealt with their fair share of tourists - both domestic and international - and it was not uncommon for some of those to come to police attention during their stay.

''It seems to be ... when you're away from your home environment, your inhibitions seem to [dissipate] somewhat.

''For whatever reason people don't necessarily conform to the same [standards] they might do, particularly when they're at home.

''When these inhibitions drop and you don't feel connected to a place ... your behaviour deteriorates.''

It was the same anywhere else in New Zealand, particularly given the increased availability of alcohol and society's attitude towards intoxication.

''I think it's become a lot more acceptable for people to become drunk when they go out.

''If you go back two or three decades for example, it was probably considered far less appropriate for women to be under the weather - that's just the way society viewed that.

''Sometimes significant change in society is only embedded when it becomes part of the culture.''

Snr Sgt Fookes believed the significant majority of licensees in the resort were doing a good job in what was a difficult environment.

Of critical importance to remember was that the industry sold a product which altered the ability of the consumer to think clearly and behave as they normally would.

''You are going to strike problems from time to time.''

The new legislation introduced in December aimed to find ''reasonable ground'' between regulation, the objective of the Act - to reduce alcohol-related harm - and personal responsibility, he said.

While agencies like the police, council and district licensing authorities all had a role to play, Snr Sgt Fookes said the personal responsibility element was critical.

''When you are on licensed premises, licensees and managers and staff have obligations.

But they are not your mother and father.

''We [the police] have duties we are required to do ... but that's different from being the moral police.

''We are responsible for identifying people who are ... vulnerable, or have offended or are likely to offend, but we can't take responsibility for every individual who wanders around town.''

He believed if, as a society, we began doing a better job of looking after our mates, some of the issues would be reduced.

''If you've got half-decent friends with you, they will also take an interest in your wellbeing ... having other people around you who can pick up and intervene early ... is really, really important.''

However, more important, was doing a better job of taking responsibility for ourselves.

''If you end up in court, there's nothing to say that's not going to mess up your chances [in life].

''It's as simple as Googling your name.''

Tomorrow: The QLDC's moves to help create a safer environment.