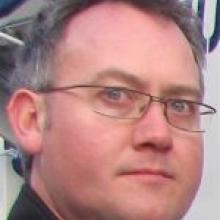 Stefan Borowy
A report will be presented to the Queenstown Lakes District Council utilities committee next month detailing the failure of the Wakatipu Recycling plant's "air-knife system".

QLDC solid waste manager Stefan Borowy told committee members this week glass contamination levels at the Queenstown site were no better than they were seven or eight months ago.

The air-knife system was introduced about this time last year, and was used in the first part of the recycling process to take glass out.

"Unfortunately, some contamination is getting into that. We have been monitoring that . . . [It] doesn't actually work.

"We have told [the contractors] to dismantle that and continue with the contamination levels as they are.

Fulton Hogan are going to deal with the contamination . . . [which] will be taken out during the glass process," Mr Borowy said.

The additional cost to the council would be about $10 per tonne, he said.

The system was not working due to "shortcomings in the system".

"It's producing more waste. Timaru did have similar issues. They resolved most of those issues by adding an air-knife system."

Cr Cath Gilmour asked if Timaru could get it to work, why could not Queenstown.