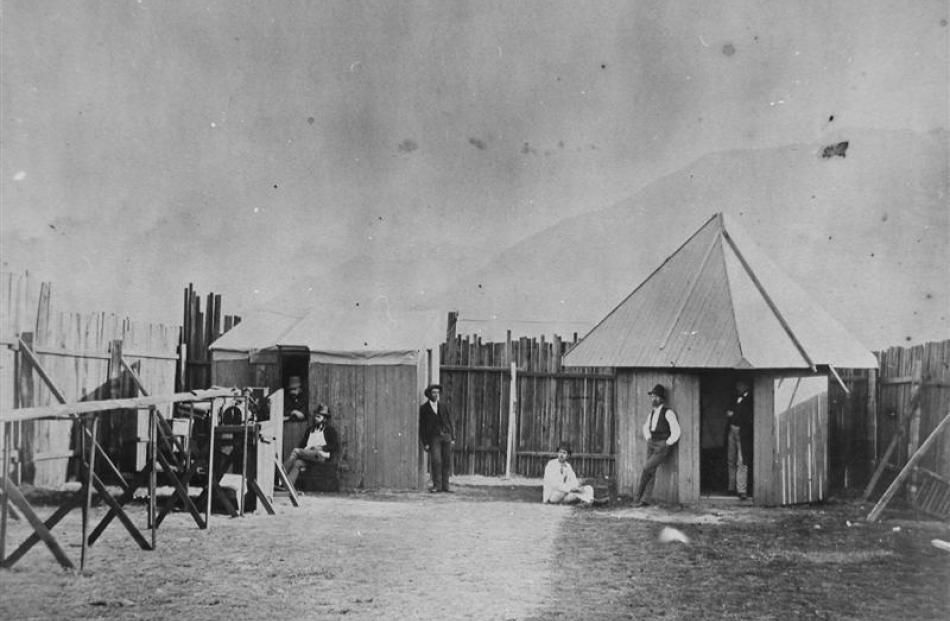 The Melbourne St site set up in Queenstown by an American scientific party for the observation of the 1874 Transit of Venus. Photo from the Lakes District Museum Collection; REF: EL 212. 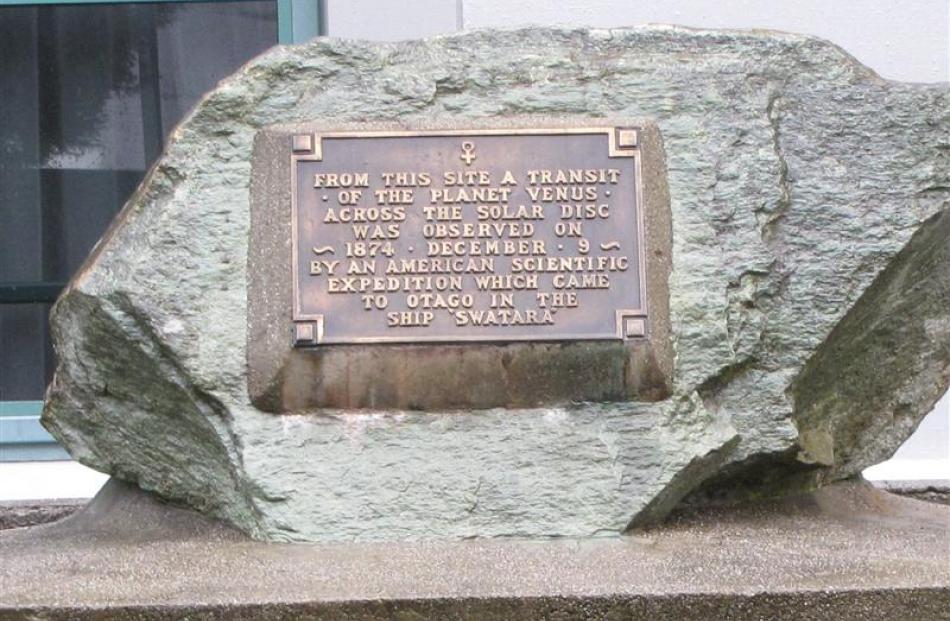 The plaque erected on the site of the Millennium Hotel, off Melbourne St, the observation point of the 1874 Transit of Venus expedition. Photo by Tracey Roxburgh.

Today's historic photograph from the Lakes District Museum collection is a reminder of a famous event in Queenstown's history nearly 135 years ago which thrust the town on to the world stage.

The Transit of Venus, on December 9, 1874, was observed, from the Melbourne St site now occupied by the Millennium Hotel, by an American scientific party under the auspices of the United States Navy.

A rare astronomical event, the Transit of Venus occurs when the planet, revolving around the sun inside Earth's orbit, crosses the face of the sun and is projected as a small black disc.

Captain Cook was hired by the Royal Society of London to travel to Tahiti to observe the event on June 3, 1769, and to calculate the distance between Earth and the sun. On the same voyage aboard Endeavour, he became the first explorer to circumnavigate New Zealand.

But it was the 1874 event which generated so much interest in Queenstown when a team of Americans led by Dr C. H. F. Peters set up equipment on the Melbourne St site which they surrounded with a 3m high stockade.

The equipment included a large equatorial travelling telescope housed in an octagonal building with a revolving roof; a telegraph office and darkened chamber for photographers.

However, the big unknown was the weather.

The Queenstown correspondent of the Otago Witness reported on December 8: "The weather looks threatening . . . fears are entertained for the success of the Transit of Venus observation . . . there is great anxiety here."

The big day dawned overcast and threatened rain, not the clear, bright conditions hoped for when the best view of the transit was expected about 1pm.

But, right on cue, the clouds parted and the observers had a great view of the transit until about 3.30pm.

The Queenstown correspondent reported on December 19 that the party had taken 239 pictures of the sun.

It appears the bad weather hampered all other observations around New Zealand.

"We are all delighted at the success of the transit observation party and the more so as the other observatories were not so fortunate," he wrote.

"The party has been very civil and obliging to visitors, no matter whom, and have gained the respect of all with whom they came in contact; much more, I presume, than any of our own officials of the same rank would have done."

The correspondent also reported artists attached to the group had completed "panoramic views of the most striking scenery of the district and say they never saw anything like it", singling out Moonlight, near Moke Creek, as their favourite spot.

The success of the American expedition in Queenstown was widely reported.