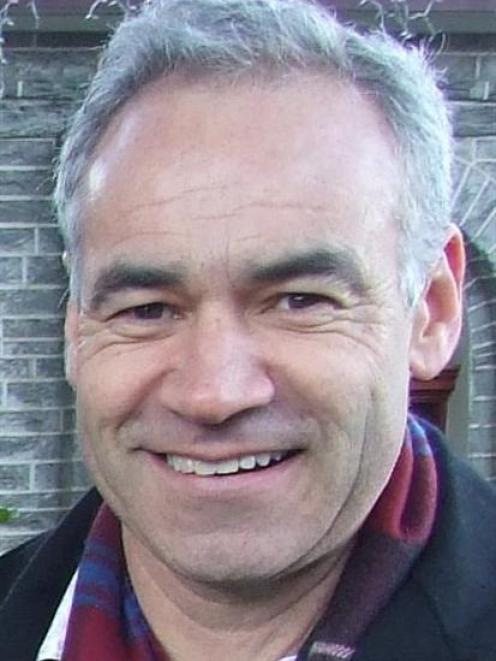 Paul Wilson.
Completion of the 100km Queenstown Trail may be delayed after "idiotic vandalism" at the weekend.

Work started last month on the final section, from the Kawarau Falls Bridge to the Lower Shotover Delta. The entire recreational trail was due to open late next month.

"It was gutting this week to discover that over the weekend, motorbikes and 4WDs had destroyed recently completed parts of the trail," project manager Paul Wilson said yesterday.

"In addition, windows on contractors' vehicles were smashed and sand poured into fuel tanks."

Anyone with information as to the who caused the thousands of dollars worth of damage is asked to contact Queenstown police or the Queenstown Lakes District Council.

Mr Wilson said the Kawarau Trail section of the project passed over a number of active slips which were being stabilised.

"Until these slips are stabilised and the trail completed, anyone entering the construction zone is at risk," Mr Wilson said.

"People may think it's safe to enter these zones after hours or in the weekends, but it's absolutely not."

Trails trust chief executive Kaye Parker said it was "incomprehensible that a small number of people could potentially ruin such a magical project".

"This idiotic vandalism is harming the completion of the trail and wasting hard-won community-fundraised money."

Mr Wilson said the latest vandalism, along with the "tedious recurrence" of burned out cars, rubbish dumping and other such behaviour, was likely to result in calls for restrictions on vehicle access to the delta area.