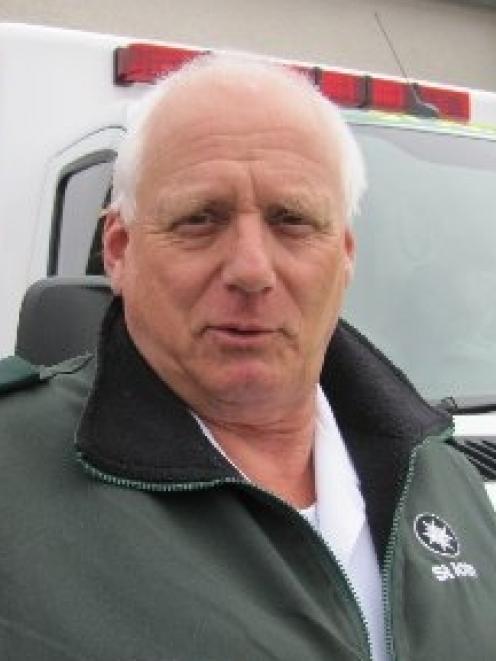 Don McMillan
St John operations team manager in Wanaka, Don McMillan, has been silenced over the state of the town's ambulance service.

It is just over a month since Mr McMillan described to the Otago Daily Times the "short-term fix" he and fellow paramedic Rod Walker had agreed to so Wanaka's ambulance service was operational 24 hours a day, seven days a week. It required the two paramedics to be on call on nights when volunteers were not available, in addition to their normal 12-hour day shifts.

When approached this week for comment on how the first month of the arrangement had worked, Mr McMillan referred the ODT to Ms Lynch.

Her response, to be attributed to Ms Buchanan, was that St John was "pleased with new arrangements that have been agreed to provide emergency ambulance services in Wanaka". She said the two paid Wanaka ambulance officers had been on call 11 nights during the month and had been called to 10 emergencies while on call.

Asked why Mr McMillan could not speak to the ODT directly, Ms Lynch said St John media policy stipulated "media inquiries of this nature are referred to myself in the first instance.

"I will obtain the information you are looking for from the best sources within the organisation."

Last month, Mr McMillan told the ODT the "short-term fix" was put in place to avoid situations where the town was served by the Cromwell ambulance - 40 minutes away.

Wanaka general practitioner Dr Susie Meyer then described the "fix" as a "Band Aid" solution where a "long-term sustainable" solution was required.