Women top of the firefighters 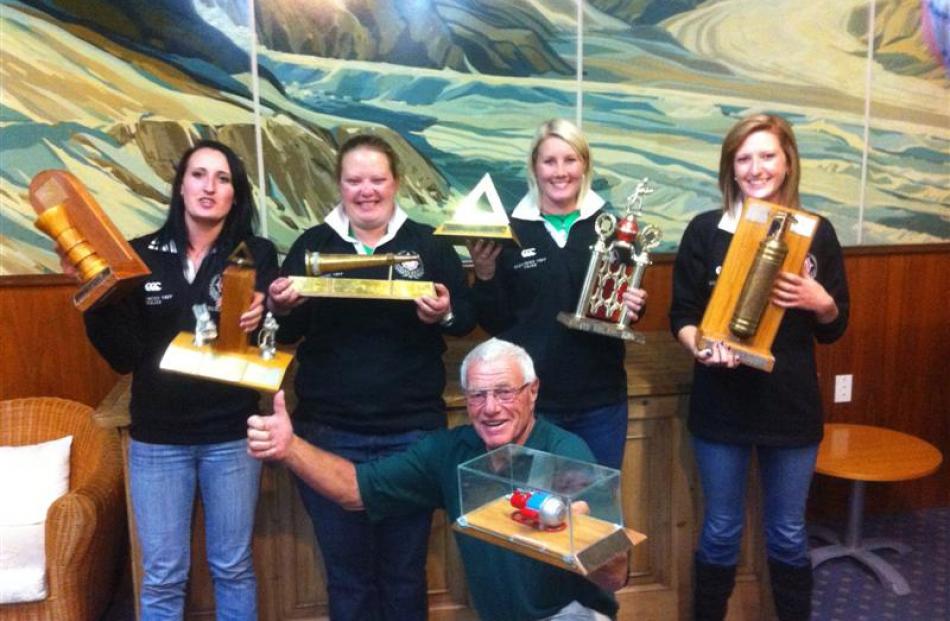 Pictured with the spoils of their success at the 41st annual Wajax rural firefighting competition in Omarama on Saturday are the Glenorchy Volunteer Firefighters ladies' team (from left) Jess Scott, Hayley Douglas, Eraina Temple and Nicole Scott, with...

The event, named after the Wajax portable fire pump, is the biggest and longest-running competition in New Zealand, and returned for the second time to where it was first held in 1971.

Teams from Otago and Southland battled it out in timed events involving rural firefighting equipment.

Representing Glenorchy were two teams - one men's and one women's - but only one could come out on top in the battle of the sexes and the ladies' experience saw them claim supremacy.

Glenorchy volunteer firefighter Eraina Temple and team members Hayley Douglas and sisters Jess and Nicole Scott won all three of the weekend's female team challenges - and then some.

"We won all three races, got the trophy for finishing top of the ladies, one for the least number of penalties, the combined one for all three runs added up and, probably the best, the award for most consistent out of all 20 teams, including the men," Ms Temple said.

The challenges involved running 30m with equipment from the starting line, setting it up and pumping from a water source using the Wajax pump and knocking down targets with the water.

Challenges included a "punctured hose", with team members made to return to the start and carry more gear, and the "Hydroblender race", where one team had to carry and set up the Hydroblender unit, which turns water into soapy foam.

The men's team did not win any trophies but did very well given a tough situation, Ms Temple said.

"They had a couple of new guys this year - one of whom who is new to the fire service - and one of the guys had to pull out at the last minute, so we had to pull our fire chief in."

Despite the team training about three time a week, the challenges were "a big learning curve".

However, the competition was a great chance to meet their Otago and Southland comrades, she said.

"If there's a situation where we have a very big fire and have to call in other teams, then you already know them ... and it's really good training for us, especially as a young fire brigade."