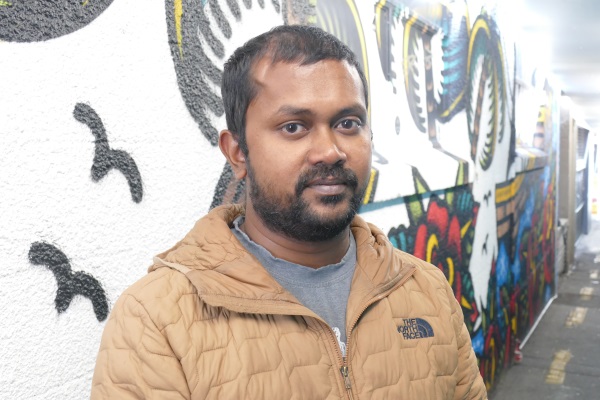 Sapumal Wijenayake almost died after a one-punch assault in Queenstown in March 2019. Photo: Mountain Scene
A long, deep scar runs along the right side of Sapumal Wijenayake’s skull. Beneath it, four titanium plates have been screwed in.

A less obvious scar, concealed by his hair, runs along the left side of his head.

They serve as daily reminders of the attack which nearly killed him, and took away all of his hopes and dreams.

Not that he remembers it.

In fact, he has no memories — only "shadows" — until about six months later, when he was in rehab in Dunedin.

What he does remember about that night is leaving his job, as a chef, at Pub on Wharf, having had two beers after he finished work.

Wijenayake, who says he wasn’t a big drinker, remembers getting a call from a friend who had a newborn baby, was shifting house and needed help.

Hours later, Cow Lane had been cordoned off with a police patrol car blocking off the Camp Street entrance.

At the time, Sergeant Steve Watt said Queenstown police were called to an assault in the lane at 3.20am, sparked by an altercation between two pairs of men in a Camp St bar.

All four were kicked out of the bar.

Wijenayake, who’s since watched the CCTV footage, says he’s seen hugging one of the other men before both pairs "split".

About 20 minutes later the alleged offender came across Wijenayake outside another bar in the lane.

He tried to confront the Sri Lankan national, but Wijenayake says he can be seen pushing him away.

Next, a single, king hit-style punch is directed at Wijenayake’s head.

He was standing close to a wall near the entrance to Stratton House.

After being hit, he stumbled, head-first, into the wall, then "zig-zagged" into the middle of Cow Lane, where he collapsed.

An ambulance took him to Lakes District Hospital before he was flown to Dunedin Hospital in a critical condition with a fractured skull.

He spent four weeks in a coma in intensive care and underwent a craniotomy, where part of his skull was removed to relieve pressure from brain swelling.

Another surgery followed about three and a-half months after he came out of the coma, in which the plates were inserted, and the bone flap was replaced.

After that he was taken to rehab — he doesn’t even remember going there, nor does he remember his parents arriving from Sri Lanka to be by his bedside.

Initially, he didn’t even recognise them. 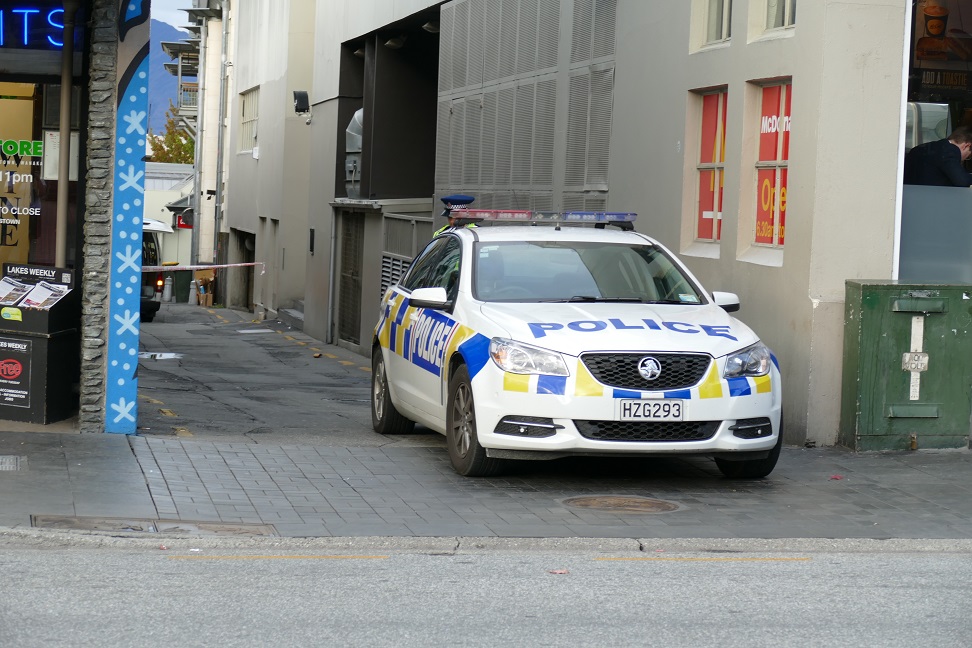 Police cordoned off Cow Lane following the incident. File photo
Meantime, his wife was in his home country, pregnant with their first child, and unable to get to New Zealand to be with him.

"By the time I was out [of hospital], my baby was just about to be born.

"I couldn’t go for the delivery because of the medical restrictions — I was asked not to drive and not to fly for six months, so I couldn’t be there for my wife."

He’s since spent just one precious month with his wife, a nurse, and son.

Wijenayake is now 35, and the wider impacts on his life of that single punch are devastating.

He moved to NZ almost a decade ago, first living in Auckland where he studied hospitality management and professional cookery, with a goal of becoming a chef and gaining NZ residency.

He worked in a bakery there before being offered a position as a chef at Lone Star in Queenstown.

He passed his international English language testing system (IELTS) assessment, to reach the required number of points to be eligible for residency, after which he had two years to submit his application.

But, between times, Immigration NZ moved the goal posts, and brought in increased salary requirements, of $25.50 an hour.

"I had to look for jobs where I could gain that amount of money — $25.50 is not easy in this country, it’s very hard to find, especially as a chef."

He managed to find one, at Pub on Wharf, which then agreed to help sponsor him through the residency process.

He’d been there just over three months when he was attacked.

By the time he came out of hospital, six months later, his IELTS assessment had expired, meaning he couldn’t use it towards his residency.

While he went back to work, on reduced hours, he finished up just before last Christmas, which puts his future in NZ in doubt.

His current visa’s valid till August, 2022, but to keep it, or to have any hope of realising his dream to gain residency, he needs to be sponsored.

"I’m lost [and] I’ve lost almost everything," he says.

"This wasn’t the plan.

"I had a hope to get the residency done, somehow.

"But just because my English test expired, and I couldn’t be the same person I used to be, I know that I can’t do the IELTS any more.

"I don’t have any other options."

Along with the physical and cognitive effects of his brain injury, perhaps unsurprisingly, his mental health has also taken a beating.

While he counts himself lucky to be alive, the impact of one person’s decision in one moment will have life-long effects for him and his family.

"I’ve spent nearly a decade in this country and I’ll end up nowhere.

"It’s destroyed all my dreams and all my plans."

Meantime, at the end of last year his alleged attacker was found not guilty of injuring him by an unlawful act following a jury trial in the Invercargill District Court.

According to the Crimes Act, that charge applies to anyone who injures another person in circumstances that if death had been caused they would have been guilty of manslaughter — the maximum sentence is three years in prison.

He has never heard from the man who allegedly attacked him, but has a simple message for him, and others.

"If you’re getting aggressive after drinking, don’t drink.

Mooney, formerly a criminal defence lawyer, says he’s working on finding out what the 35-year-old’s current situation is, where he fits into the Immigration New Zealand residency application process and what can be done to help him.

"It is a heartbreaking situation — through no fault of his own.

"At this stage I need more information about where he’s at so I can find out what can be done."