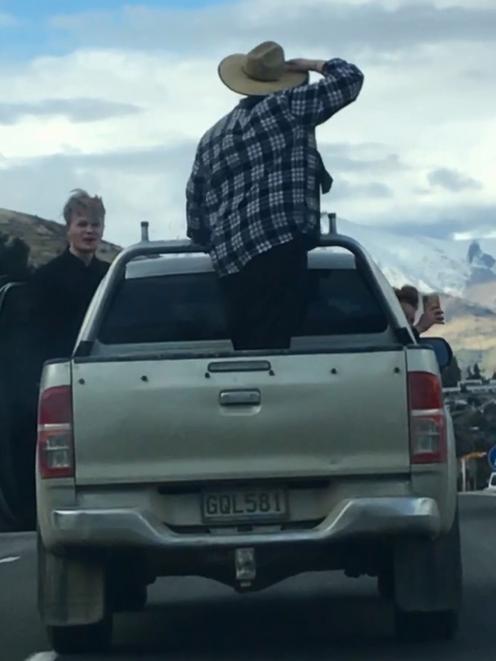 Queenstown police are trying to track down the occupants of a ute, one of whom climbed out of it while it was moving, after a video of the incident was posted on social media.

The video, which was supplied to the Otago Daily Times, shows a man climbing out of the back seat of a silver ute and into the back tray, while the ute is travelling along Frankton Rd in Queenstown.

A second man in the front passenger seat then opens his door and hangs out of it, while the driver also leans out the window and appears to snap a photo of the man in the tray with his phone.

Sergeant Simon Matheson, of Queenstown, said police had concerns about the safety of both the people in the vehicle and other road users - especially given the incident happened on a busy main road.

"We're currently making inquiries to locate the driver and the occupants of the vehicle, to speak to them about their behaviour."

shame there isn't some kind of identifying number on cars... so that police can find the owner lol