Big plans for The Hills 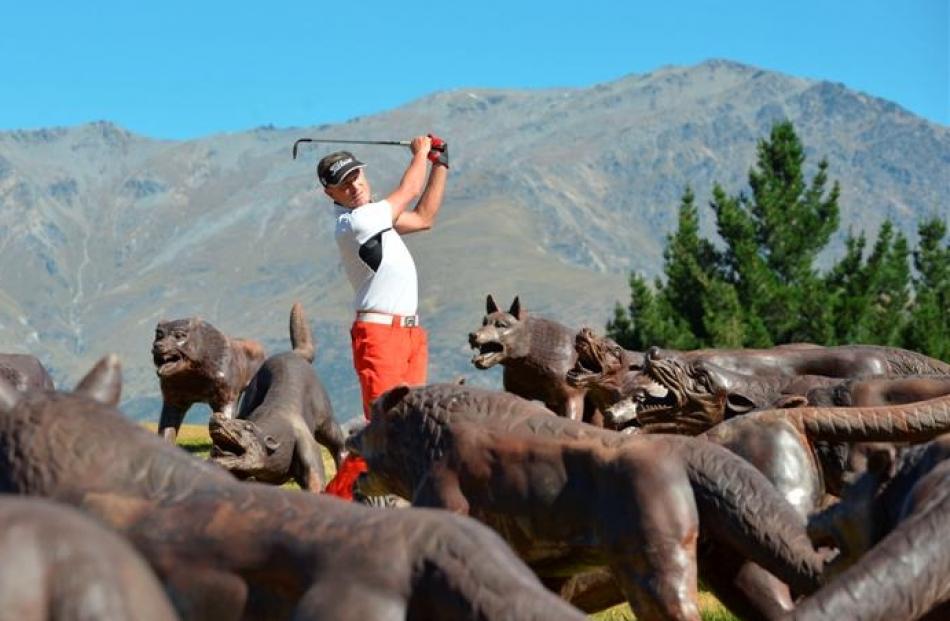 Clive Mayhew, of Sydney, plays out of the Wolves, during practice day at The Hills yesterday. Photo by Peter McIntosh.

Sir Michael Hill has unveiled further plans to turn his exclusive golf course into the Augusta of the South.

On the eve of the $900,000 New Zealand Open's return to Arrowtown, Sir Michael announced he intended to build a nine-hole par-3 course at The Hills in the style of the Augusta National club that hosts the Masters.

He also plans to carry out extensive redevelopment work to five of the existing holes on the multimillion-dollar 18-hole course, and add more of the sculptures that have added to the venue's character.

''We've just got to keep pushing and make this course better and better,'' he said. The No 2, 3, 6, 12 and 16 holes will undergo various levels of redevelopment, which will be led by John Darby, who designed the course.

''We're on the tip of doing something great here,'' Sir Michael said.

The par-3 course will be situated on the south side of the existing 18th hole. Each of the nine holes will be between 70m and 140m in length.

''I haven't done a costing on it. We just want to do it right.

The par-3 course was only in the planning stages, he said. It could be two or three years before it was completed.

As at Augusta, Sir Michael is keen to eventually use the par-3 course for a ''shootout'' tournament involving former champions and leading players before the New Zealand Open.

He revealed last night The Hills had reached nearly 200 members and ''the door is about to shut on that''.

Also announced yesterday was the addition of a special group to the final round of the New Zealand Open on Sunday.

Prime Minister John Key and golf great Sir Bob Charles will be joined by a third player to be confirmed tomorrow.

One of Otago's great sporting families will be out in force today. Greg Turner is playing in the Open, and both his brothers - cricketer Glenn (playing in pro-am) and writer Brian (caddying) - are involved. Greg's son Jack is caddying and Glenn's son Shaan is playing in the pro-am.