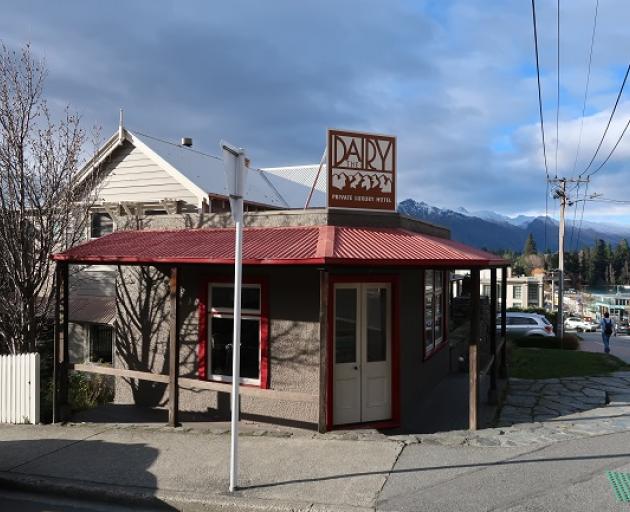 Naumi Hotels, which has hotels open or under development in Singapore, Sydney, Auckland and Wellington, had been keen to establish a Queenstown presence.

"We are extremely excited to be expanding our footprint in New Zealand, especially Queenstown, which outperformed other regions and registered highest growth in hotel occupancy [and other performance metrics]," Australia & NZ CEO Gaurang Jhunjhnuwala says.

Based around a 1920s general store, The Dairy – on the Brecon Street/Isle St corner – is owned by Queenstowners Andy Brinsley and John Martin and has run as a boutique hotel since 1997.

Comprising 13 ensuite rooms and a four-bedroom apartment, it will be refurbished "to elevate its design aesthetics and offerings reflective of the Naumi brand," a company press release states.

The Dairy will stay open during the refurb, which is due for completion by December this year.

Asked whether the company might like to buy the freehold at some stage, Australia & NZ chief operating officer Chris McIntosh says: "As we expand our footprint in Australia, we are definitely keen to review a full ownership operating model when it becomes available in Queenstown."

The Dairy sale was brokered by Resort Brokers NZ’s Simon Haslett and Wayne Keene – the company also brokered the last two sales of the business.

Haslett says the listing attracted huge interest due to the property’s strong performance – "it makes more money than perhaps a 30-room hotel" – and superb location.

He confirms four offers were received.