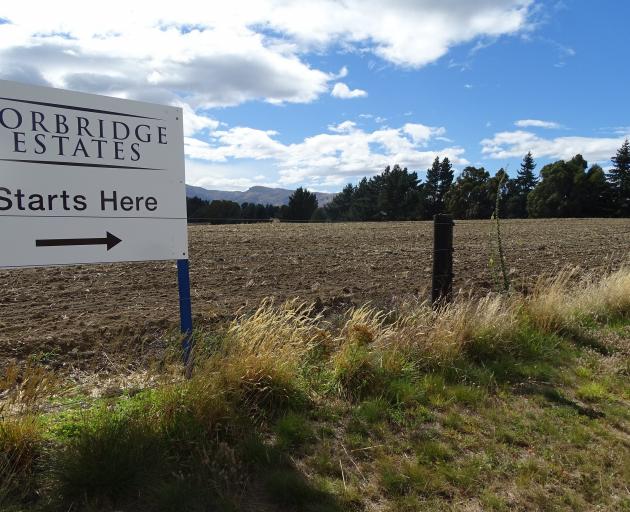 Corbridge Estates has a conditional contract to sell land near Wanaka to Silverlight Studios.PHOTO: KERRIE WATERWORTH
A Wanaka businessman has decided against taking the Queenstown Lakes District Council to court, despite a senior manager mistakenly sending sensitive information to a third party.

The company owns a 322ha farm near Wanaka, on which Silverlight Studios wants to build a film park.

However, Corbridge Estates went through a proposed district plan hearing process last year to get the land rezoned to enable a proposed golf course, hotel and housing development.

Mr Marshall said it was told the commissioners’ decision on the proposed rezoning would not be released until March 18, but in response to a request from a third party doing work for Silverlight Studios, the council’s then-planning and policy manager, Ian Bayliss, released the decision to that person, as well as the 15 other parties involved in the zone-change process.

Corbridge Estate was simultaneously talking to Silverlight Studios about the potential land sale.

‘‘We had all sorts of sensitive negotiations going on with other parties, and we were all going on the same hymn book, until Bayliss dumped that information out in the marketplace and gutted our negotiations.’’

Mr Bayliss had resigned over the error, and Queenstown Lakes Mayor Jim Boult and council chief executive Mike Theelen had told Mr Marshall there was nothing more they could do, he said.

To attempt to understand what had occurred, he requested information through the Local Government Official Information and Meetings Act, but 90% of the response was redacted.

‘‘At the end of the day, we’d signed a contract with the movie guys, and it was case of c’est la vie, how much energy and life do you want to give those a... ?’’

Corbridge Estates has a conditional contract to sell the land to Silverlight Studios, which has applied for a fast-tracked consent for the film park through the Environmental Protection Authority.

Mr Marshall said despite the rezoning bid being unsuccessful, Corbridge Estates had lodged an appeal with the Environment Court.

‘‘We’ve got to keep our options open.

‘‘The movie guys are only a conditional contract — they could walk away tomorrow.’’