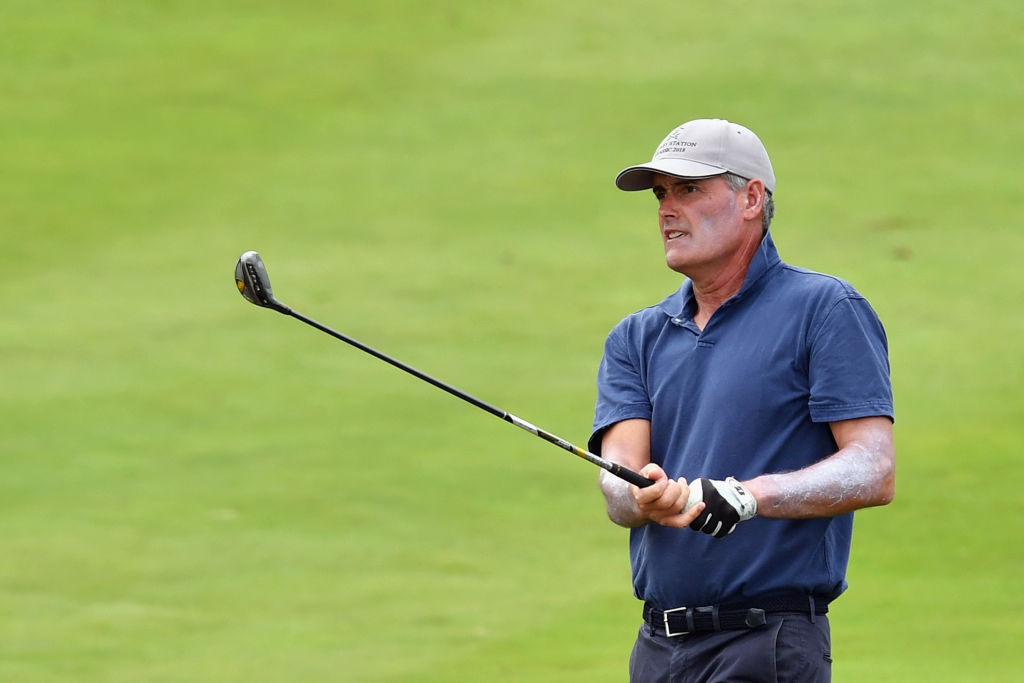 Sir Russell Coutts plays a shot during the New Zealand Golf Open at Millbrook Resort in March 2018. Photo: Getty
A battle over water between a group of Crown Terrace landowners, yachting legend Sir Russell Coutts and a former Queenstown tourism identity is over.

Sir Russell, as part of BSTGT Ltd, along with the trustees of the A.P. McQuilkin Family Trust — the family trust of former Real Journeys commercial director Tony McQuilkin — have been granted permission by the Otago Regional Council to take water from two creeks on the Crown Terrace, which is near Arrowtown.

The application, which attracted 15 submissions from affected parties, all opposed, was considered at a two-day resource consent hearing in Queenstown last week.

However, a regional council planner recommended the application be approved, subject to conditions.

The two landowners intend to use the water to irrigate Sir Russell’s 20-hectare private golf course and a  turf-growing operation on his property, as well as about 140ha of pastoral land across the applicants’ properties.

Their application anticipated the expiry of five permits in October, which allowed water to be withdrawn through pipes, channels and other methods.

The permits have been granted for a 15-year period.