By Guy Williams
0 Comments
An organisation dedicated to nourishing Queenstown residents and their families has upscaled its operations after setting up a base in a Frankton warehouse.

KiwiHarvest founder Deborah Manning, of Dunedin, told a gathering at the food rescue service’s Queenstown branch on Wednesday she was rapt to finally officially open the warehouse after Covid-19 restrictions put a stop to earlier attempts.

Ms Manning heaped praise on Sustainable Queenstown co-founder Esther Whitehead for bringing KiwiHarvest to the resort in 2018, which included spending the first nine months doing the food collection herself.

KiwiHarvest had its beginnings nearly a decade ago after Ms Manning read articles in the Otago Daily Times about children going to school hungry and people "dumpster-diving" in Dunedin.

She quit her job as a lawyer and began driving around in her own vehicle to collect excess food from cafes and bakeries and taking it to social service providers.

Now a nationwide network, it provides half a million meal-equivalents a month throughout the country. 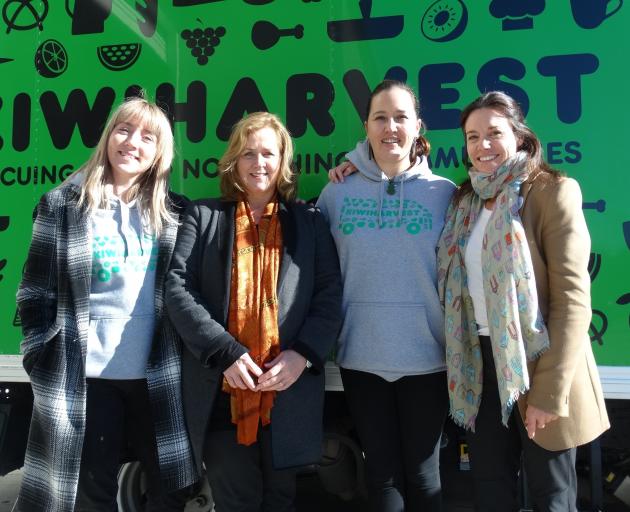 Queenstown branch manager Kayleigh Cord said it had distributed about 400,000 meal-equivalents since it began operating in the resort in 2018.

The warehouse, from which it began operating last October, had a large chiller and freezer, racking for pallets and a new truck.

"Previously, we had a vehicle and one person, which meant everything we rescued on that day had to get out — we had nowhere to keep it," Ms Cord said.

It could now rescue a much larger volume of food, and receive more from the non-profit New Zealand Food Network.

"They deliver pallet-loads of food to us that we can then break down and distribute to the community."

The branch now had two part-time staff and a pool of about 10 volunteers.

It had just started delivering food to Wanaka and Cromwell once a week, with plans to extend its network , she said.