By Tracey Roxburgh
0 Comments
A Queenstown aviator’s invention is in the final stages of being certified as an official data recorder by the Civil Aviation Authority.

Over The Top Helicopter chief executive Louisa "Choppy" Patterson came up with the idea for "Eye In The Sky" after the death of her son, James Patterson-Gardner (18), and experienced OTT pilot Stephen Combes (42) in a Robinson R44 crash in February, 2015.

It was one of many cases in the general aviation sector in which Transport Accident Investigation Commission reports were unable to determine the cause due to a lack of cockpit audiovisual recordings.

Ms Patterson developed her device, being made in Dunedin, with two of her senior pilots, James Forward and Brad Collier, and helicopter expert Tom McCready.

Ms Patterson said so far the units had passed all CAA testing successfully and approval was "pending".

"It’s available on the market. We’ve got 65 of them sitting here ready to go." 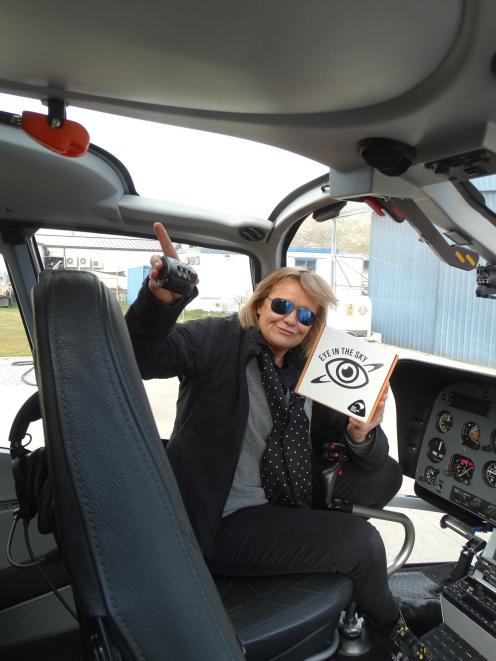 Louisa ‘‘Choppy’’ Patterson, of Queenstown’s Over The Top Helicopters, with her Eye In The Sky device, in the final stages of Civil Aviation Authority certification. PHOTO: TRACEY ROXBURGH
Eye In The Sky had already been fitted to aircraft around the world, including helicopters in Canada and Papua New Guinea, Chinooks in the United States and firefighting helicopters in Australia.

Fire and Emergency New Zealand (Fenz) and the Department of Conservation (Doc) have mandated the use of a device such as Eye In The Sky in the new interagency standard for use of aircraft.

Fenz aviation lead and service delivery adviser Richard McNamara said the new standard took into account the wider ambit of response, particularly for Fenz, since becoming a single fire authority, and the technology available to ensure it was fit for purpose.

"If something terrible goes wrong and we can no longer speak to the pilots in question, at least you have some record to go back over and view," he said.

"It’s not going to help the particular people involved in that accident or crash, but we’d do them a huge disservice if we didn’t learn from what happened, and this technology allows you to learn."

Safety was not inherent in any operation Fenz, in particular, carried out — it had to be created, maintained and constantly improved, he said.

"There is risk out there but there’s no acceptable loss and every loss should compel us to learn as much as we can so the next time we’re in that position people get to go home, instead of remaining out there."

The device also had other benefits, including diagnosing intermittent engineering faults quickly and assisting with pilot training.

The standard, now at version 21, was with senior management of Fenz and Doc for final sign-off. Initially, the new requirements were to have been in play by next November, but in light of Covid-19, that may be extended.

Mr McNamara said the government departments were prepared to pay for the new technology through increased hourly rates from contractors.

"If we as an agency, and Doc, want these innovations around safety etc and making use of modern technology, then we also have to be prepared to pay for it, otherwise it becomes, in a commercial sense, a race to the bottom and you choose the lowest-paying supplier.

Proceeds from the sale of Eye In The Sky will go to the James PG Foundation, established in Ms Patterson’s son’s memory, to help people aged between 17 and 25 reach their full potential.

Trustees are James’ cousins and friends.