Eye in the Sky expected to be adopted by CAA 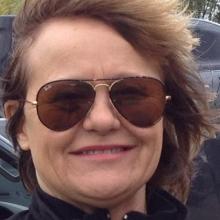 Louisa Patterson
A revolutionary product designed by a Queenstown aviator to provide answers after air accidents is expected to be officially recognised by the Civil Aviation Authority (CAA) within a month.

Over The Top helicopters chief executive Louisa "Choppy" Patterson has been working on Eye in the Sky for more than four years and, all going to plan, it will become an official data recorder by mid-June.

The tiny, lightweight gadget records the nuances of what happens in the cockpit by capturing high-definition, wide-angle video and audio; GPS data, with limitations; and information on speed, altitude and position; pitch, roll and yaw.

As an official data recorder it cannot be used by the NZ Police to prosecute, because it is protected under International Civil Aviation Organisation rules.

The information, however, can be used by the CAA and the Transport Accident Investigation Commission (Taic) in their investigations of any incident, including fatal crashes.

Ms Patterson said she would be making the submission to CAA this month and expected it to be processed within about 10 days of receipt.

She would "not be surprised" if Eye in the Sky, or similar devices which met the stringent criteria, became mandated in New Zealand.

"It's high-definition video picking up the cockpit ... and what the pilot's seeing. It has three audio channels, so it picks up ambient audio, so, if a door popped or something happened that wasn't going to activate the pilot's microphone, it would pick that up.

"It picks up the pilot and ATC [Air Traffic Control]. It picks up what the passengers are saying.

"In the event of a number of accidents, which have obviously been in the media lately, this device would be able to be recovered and analysed and within 24 hours there would be some answers as to what transpired, instead of [after] 36 months."

Ms Patterson had already started developing it before her son, James Patterson-Gardner (18) and experienced Over The Top pilot Stephen Combes (42) were killed in a Robinson R44 crash in February 2015.

The subsequent Taic report found there had been an in-flight break-up but it could not say why.

This week, Taic released its finding into a helicopter crash which killed Queenstown pilot Mitch Gameren (28) and his six passengers on Fox Glacier in November 2015.

Taic could also not be definitive on the cause of that crash.

It was, however, critical of the training, or lack thereof, Mr Gameren had received by the operator, Alpine Adventures, and the lack of oversight the Civil Aviation Authority had over the operator.

Yesterday, Ms Patterson said Eye in the Sky had also proven to be a "very handy safety tool" and valuable for pilot training.

"Even with the standard of safety [we have] being well above the required level, I think this has taken it to another level again, because it's not that the pilot knows that they're being monitored, because most of the time they forget that and carry on as per normal.

"It's the fact that we can use it to demonstrate and exonerate the pilot."

The camera also picked up intermittent engineering faults which could be played back to the engineer on the ground, saving time and money to diagnose and resolve an issue, she said.