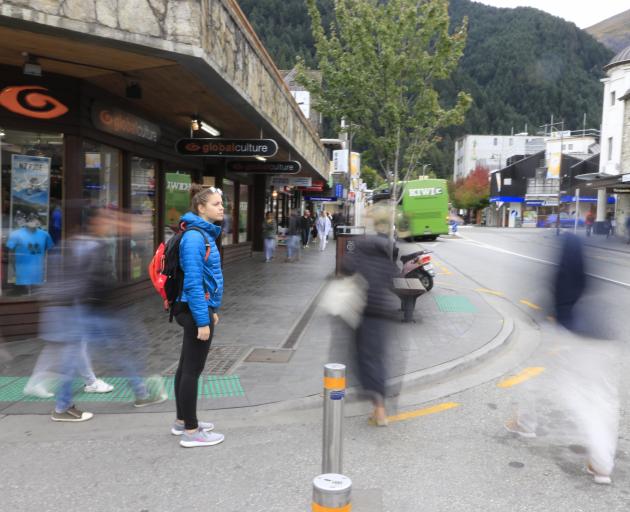 It is highly likely the streets are busier than they have ever been, taking into account the huge influx of tourists, more international flights than ever before, and a rapidly-growing resident population.

Once again, the section of Camp St outside O'Connells mall boasted the highest volume of foot traffic. It has occupied the number one spot since Colliers began the count in 2005.

Colliers counts for half-hour periods at 10am, 3pm and 8pm. It does not reveal actual numbers but the count totalled more than 20,000 movements.

"This is resulting in some very strong property market dynamics in the CBD, including very high demand for retail premises and restricted supply."

There are no vacancies in ground floor retail property in central Queenstown.

"As a result, retail space is commanding very high rents and there are also very few sales of prime commercial property in the CBD as owners retain their assets."

Rents in the high-traffic prime retail square of Camp St, The Mall, Rees St, and the Fergburger restaurant side of Shotover St are some of the highest.

Tenants pay between $1350 and $2000 per square metre, per year, plus outgoings such as rates, insurance, management fees etc.

There are few premises under 80sqm, so most businesses are paying at least $120,000 a year for a downtown presence.

Steamer Wharf, which recorded a huge increase of foot traffic at 8pm in the March count, also has high rents.

However, the biggest increase in pedestrian numbers was recorded in Upper Beach St, which was pedestrianised last year after pressure from Downtown QT.

The lobby group's boss Steve Wilde said: "I think the Beach St increase illustrates our push for a pedestrian-first policy is working. We feel vindicated."

However, while pedestrian numbers are healthy, Mr Wilde says there is work to be done around the mix of booking agents, chain stores, bars and souvenir stores.

"It's all about balance. And the one thing we want to try and reintroduce is what I'd call the more owner-operated boutique offering.

"We are looking at holding a summit with all of the major landlords in the town and having, shall we say, a heart-to-heart chat about them seriously thinking about who goes into those properties."

He hopes that will attract more locals back into the town centre over time.

Nothing to crow about whilst money is being thrown at tourism we locals suffer with inadequate medical care..congestion and no parking