By Guy Williams
0 Comments
Blue skies and fresh snow added some sparkle to Queenstown’s skifields yesterday as they reopened after a three-week Covid-19 hiatus.

More than 1000 skiers and snowboarders enjoyed 15cm of fresh snow at The Remarkables, while at Coronet Peak, which received 3cm of snow overnight, about the same number were expected during an extended day that began at 8am and finished under lights at 9pm.

NZSki chief executive Paul Anderson said he was ‘‘pleased and relieved’’ to be operating again given the company had contemplated an extended lockdown preventing the skifields reopening at all this season. 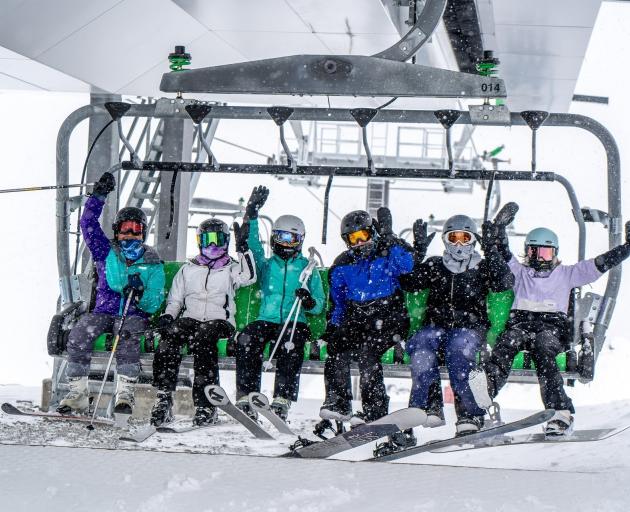 ‘One of the scenarios we were planning for was we couldn’t open again, but we were really hopeful because there haven’t been cases in the South Island for 300-plus days, and we hoped we would get to this point,’’ Mr Anderson said.

He was particularly happy for season pass holders, who could now get their money’s worth well into next month.

He urged anyone who had put their snow gear away for the year to think again.

‘‘We had great snow when we closed, and although we’ve lost a bit, we’ve got five and a-half weeks of skiing still to go, and spring usually brings some fantastic conditions.’’

Part-time Queenstown resident Ian Kuperus said he was happy to be back at Coronet Peak.

Under Level 2, all mountain visitors must sign in with the Covid Tracer app at gateways on the ski areas’ access roads.

Face coverings must be worn on lifts and in buildings, with limited capacity inside the base buildings.

Coronet Peak will operate until September 26, while The Remarkables will stay open until the end of the school holidays on October 17.