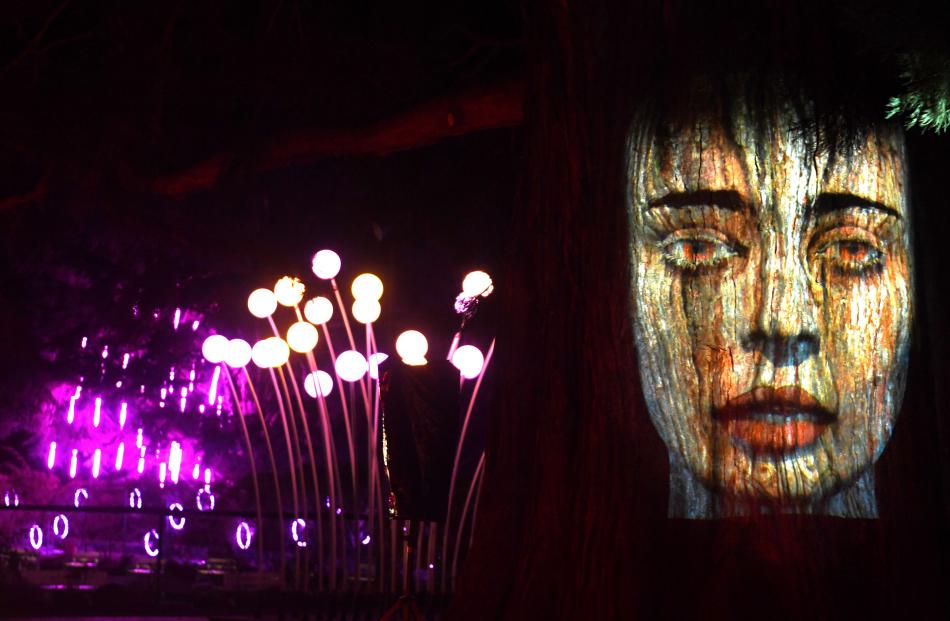 Hakitekura by Jeff Smith, is a projection on to a tree which tells the legend has that Hakitekura, daughter of Tuwiriroa, a Katimamoe chief, was the first woman to swim across Lake Wakatipu. PHOTOS: STEPHEN JAQUIERY 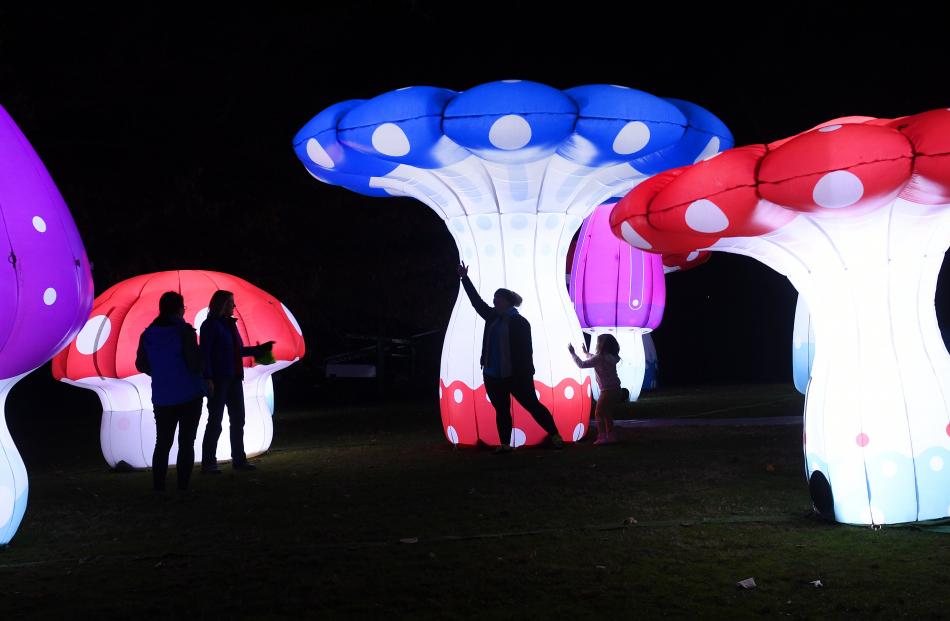 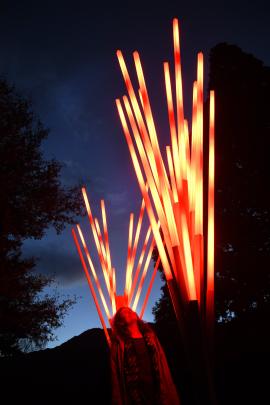 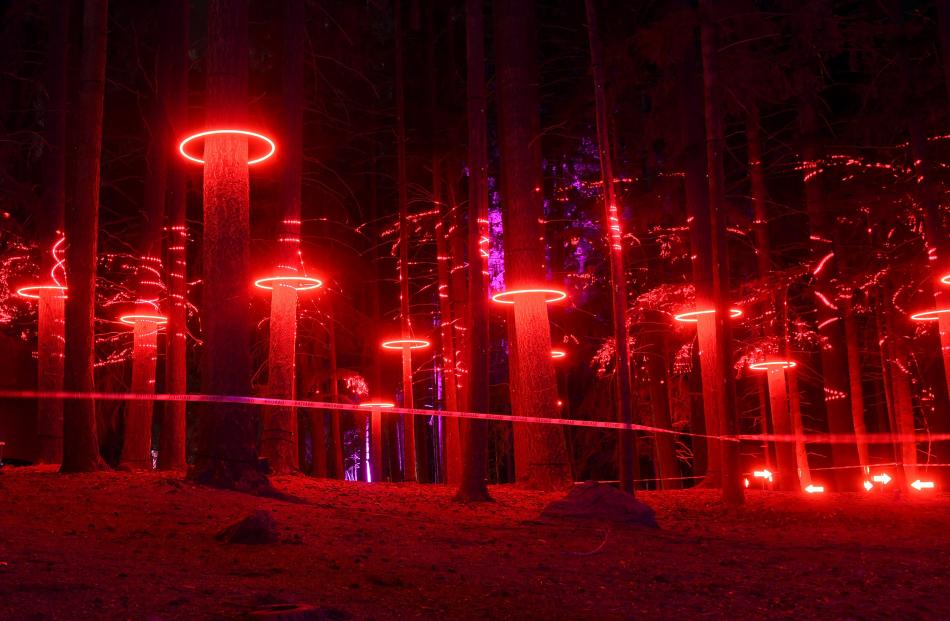 The lights are back on at the Queenstown Gardens.

After a two-year absence, the Luma Light Festival returned to the resort last night.

One of Queenstown’s biggest event success stories since its inception in 2016, the four-day festival of illuminated art, light sculptures and performance was expected to be visited by thousands of people between 5pm and 10pm yesterday.

The festival grew from 10,000 visitors in its first year to 50,000 in 2019, before the Covid-19 pandemic lockdown forced its cancellation last year.

Luma Light Festival Trust chairman Duncan Forsyth said it was hard to estimate how many people would visit over the long weekend, but the sale of 10,000 tickets by yesterday afternoon augured well for a big turnout.

It was the first large-scale community event in the resort since the pandemic, and he sensed a "desire for people to come out and do something en masse".

In response to feedback from previous years, in which a traffic bottleneck on Frankton Rd caused delays, a park-and-ride is operating from Frankton’s Queenstown Central shopping centre.

Ticket holders can take advantage of meal deals in which children eat for free at the shopping centre’s eateries from 4pm throughout Queen’s Birthday weekend, before hopping on free buses operating from 5pm to 10pm.

Also for the first time, visitors are being charged $5 a ticket, which gives access to the Gardens for the duration of the festival, as well as access to the meal deals and park and ride.