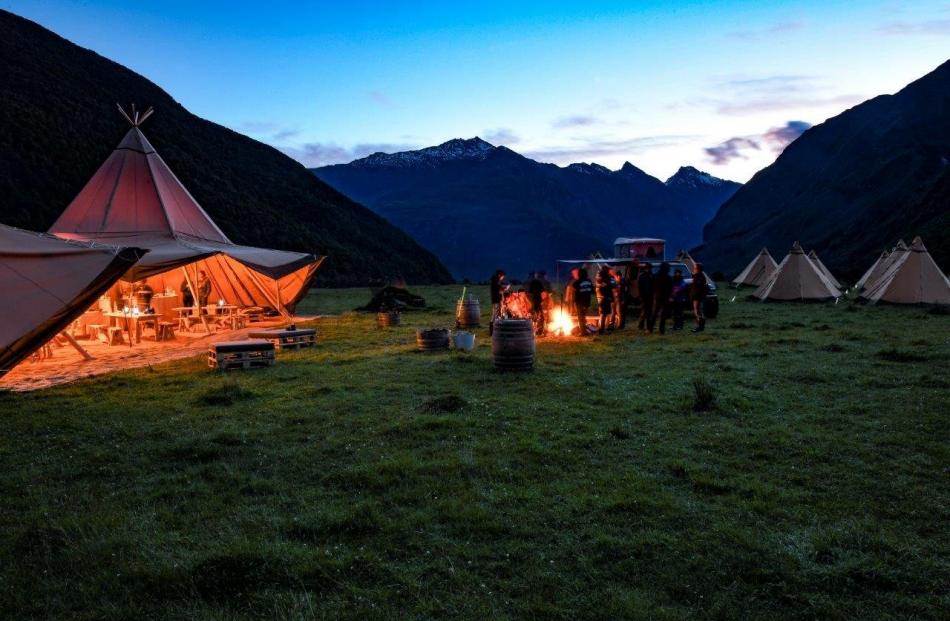 New Zeal clients eating dinner cooked by an on-site chef in a giant Nordic tipi in a remote location. 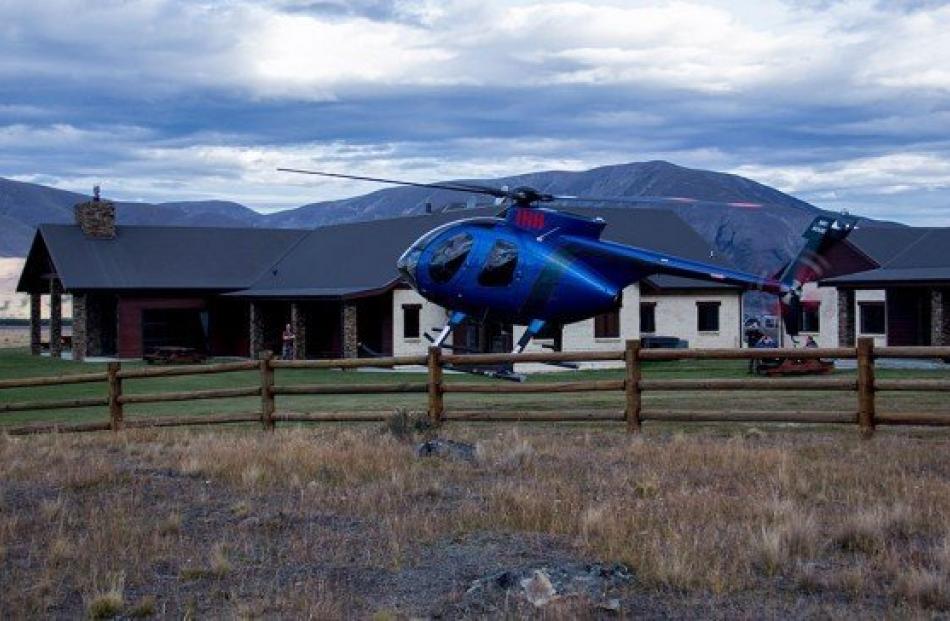 A helicopter transporting guests from Queenstown Airport to the NZ Hunting Lodge in the remote Ahuriri Valley. 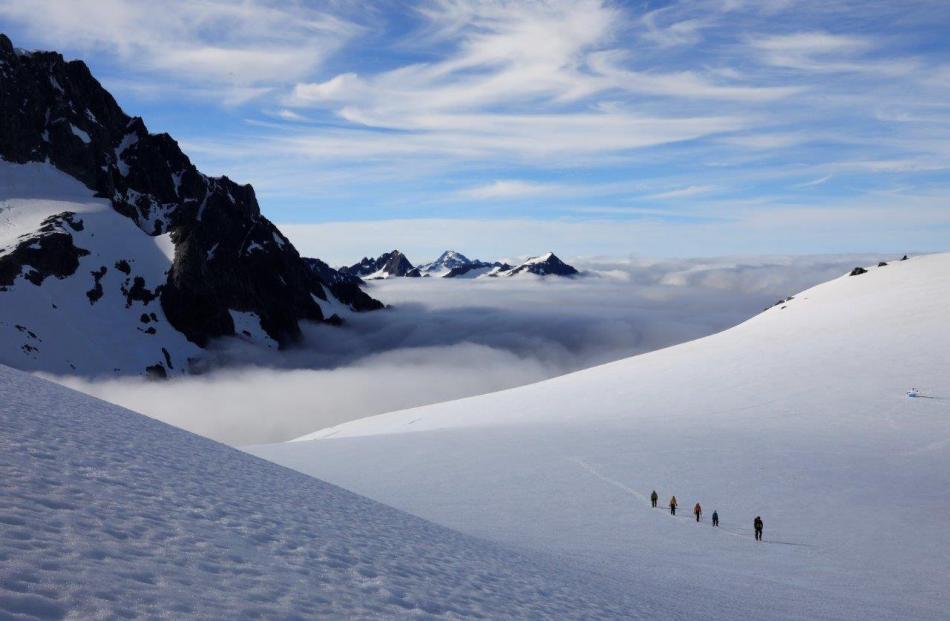 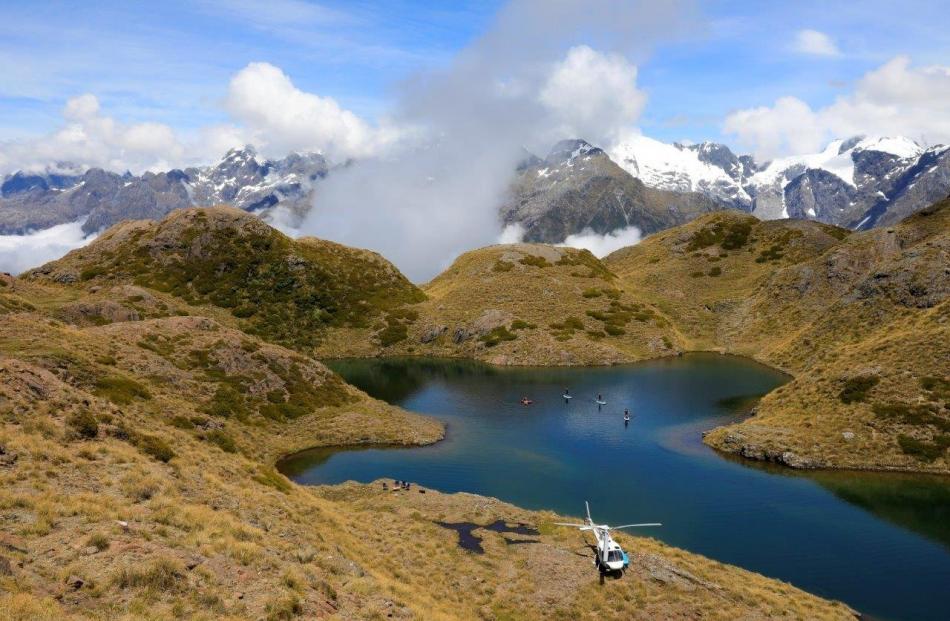 New Zeal clients kayaking on a mountain tarn. PHOTOS: SUPPLIED
In the wake of this country’s borders closing due to Covid-19 and the prediction they will  not open any time soon, many New Zealand tourist operators have had to
reconfigure and target their businesses to a domestic tourist market only. However, some tourist operators in the Queenstown Lakes District have only ever catered to

wealthy international travellers. How will they survive? Kerrie Waterworth reports.

Gary Herbert has owned and operated a luxury lodge and hunting business out of the Ahuriri Valley for 25 years.

His customer base is 100% international clients, nearly all from North America, who come to hunt red stag and fallow deer, wapiti (elk), tahr and chamois, ducks, swans, geese and pheasants as well as rabbits, hares and wallabies.

"The Government is saying tourism businesses need to adapt to the New Zealand market but unfortunately there are some businesses, and ours being one of them, that are not able to do that."

The NZ Hunting Lodge hosts anywhere between 250 and 300 guests over a hunting season. Guests stay for between three to five days and spend between $10,000 and $15,000 daily.

"These are not the backpackers who come to New Zealand for a few weeks, rent a Jucy van, drive around and have a high impact on the country and spend little money.

"These are people that are very, very wealthy, they want very good things when they are here and they are happy to pay for it, and that money goes a long way."

Mr Herbert said his busy period would normally start in March and continue to early July. He estimated he had lost "tens and tens of thousands" of dollars.

"Our business and hundreds of other businesses require an open border, we are not like a jet-boating company, a whale watch company or bungy jumping in Queenstown where you can lock things up and they just sit there.

"We have a business that costs a lot to run, mainly in the upkeep of keeping animals fed and trying to maintain the animal welfare, and we employ 24 staff ," he said.

Richard and Sarah Burdon own the Glen Dene high country station between Lakes Wanaka and Hawea and host both domestic and international tourists in the hunting season.

Mr Burdon described the Covid-19 lockdown period as "a nightmare".

He said they had real concerns going forward as they will have only "a limited window to prepare for next year’s hunting season".

Wanaka fishing and hunting guide Gerald Telford is in continual contact with his US clients but he is now working in the agricultural industry to keep the cash flow going. 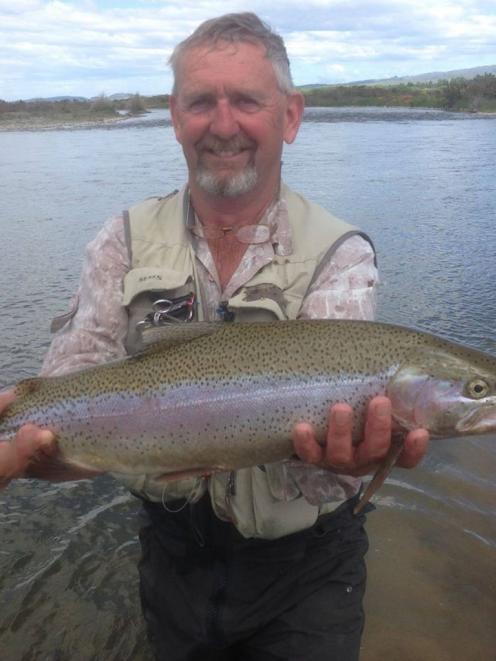 Wanaka fishing and hunting guide Gerald Telfer has had 30 years’ experience in the business but has had turn to agriculture because of the border lockdown.

He said a recent survey conducted by the New Zealand Professional Hunting Guides Association found tourism hunting was the highest net worth tourist industry in the country, bringing in an estimated $100million a year.

"But we are constrained by politics and obviously sensible Covid control, so we are not out of the woods are we?"

Queenstown-based Touch of Spice Luxury Stays and Experience CEO and founder Jacqui Spice said her company had invested significantly in promoting luxury New Zealand to the world, and 2020 had been shaping up as the biggest year it had ever had.

"Our forward bookings were incredible and then overnight they just disappeared."

She said the entire Covid-19 lockdown period was spent refunding guests in full — cancelling all bookings and undoing all the work the business had done.

"Companies like mine invest significantly in attracting off-shore high-net-worth clients looking for that once-in-a-lifetime trip to New Zealand. We have crafted experiences and journeys that have them going home and talking about it for years to come and those journeys attract more people here.

"The longer the borders stay closed, the more damage will be done to all level businesses in tourism, not just the high-end market," she said.

Data from Luxury Lodges of New Zealand showed that from July 1, 2018 to June 30, 2019 New Zealanders represented 27.7% of total luxury tourism revenue over winter and 9.5% in summer.

Mr de Monchy said, "to survive, all businesses have had to rethink the way they operate during and post Covid-19, including those who offer premium experiences."

Before the Covid-19 crisis, Mr Nicolson said, 90% of his customers were from overseas, including Saudi royalty.

They would be picked up from their private jets and whisked away by helicopter to walk on a glacier or kayak on a mountain lake that had never been kayaked on before.

"All those amazing experiences that normal people like you and I could only dream of."

They recently launched Fresh Adventures for Kiwis, offering rafting on local rivers and multi-day wilderness journeys taking people into the back country for two or three nights.

"People are really interested and the price point seems to be about right, the local i-Site has been incredibly supportive and we think it is going to go really well."

Mr Nicolson said New Zeal was still operating but it was all about trying to be positive, getting some money through the door and turnover until the borders reopened.

Ms Spice said her firm was lucky to have a great database of New Zealand-based clients who, instead of going to Europe this winter or Fiji, were looking to holiday in their own country.

"Unfortunately, every NZ-based travel agent that normally sells Fiji, Europe etc is now competing with every inbound agent in NZ and we all fighting for that domestic dollar — as is every hotel, lodge, B&B, villa etc — so it’s incredibly difficult to survive in this market."

NZ Hunting Lodge owner Gary Herbert said the business would be "OK" through to next year, but if the borders did not open by January it would mean missing two hunting seasons.

"That is pretty much the same as a farmer growing all his crops, having all the expenses and harvesting them, and then for two years allowing them to rot on the ground."

"However, whether you like the Government or not Jacinda has presented us incredibly well and we are very well received internationally, we look great, and if we can maintain the Covid-free status it will stand us in great stead for when the borders do reopen."

What's with the juicy van comment? Still feeling elitist are we? Last time I checked, very very wealthy individuals weren't exactly known for using cattle class and e-bikes for their travels, which actually do reduce impact on the environment.