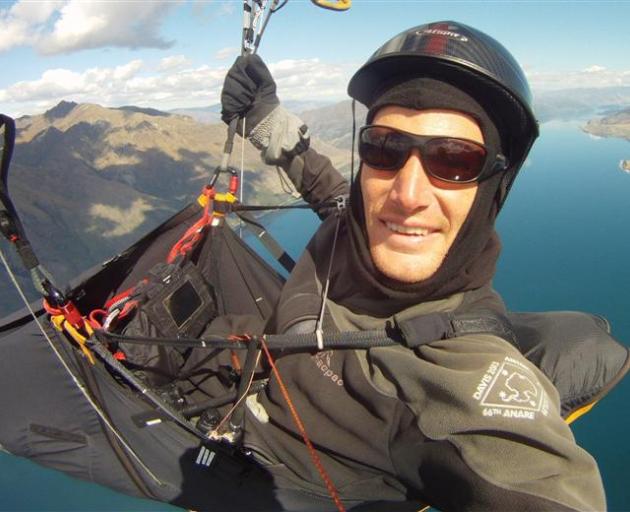 Nick Neynens. Photo supplied.
Queenstown adventurer Nick Neynens is keeping in high spirits in a French hospital after a cliff-side crash in France.

On June 14, Neynens was paragliding in the French Alps, when his glider collapsed and hit a rock face, and his reserve canopy did not have time to deploy sufficiently.

The accident resulted in serious injuries to his head and spine, which had "immobilised" him.

"Nick’s head took a big hit even through his helmet, so it’s fantastic that he’s recovering from that well and quickly," Ms Goldner said.

"As to his spinal injury, well, Nick’s got more backbone than the rest of us put together, plus a unique attitude, and that’s going to give him a huge advantage."

In a video update Mr Neynens shared on his YouTube channel, he said he could not feel his legs properly at the moment, "and they’re not sure whether it’s going to come back or not".

His mother, Karen, is with him.

Mr Neynens was the first New Zealander to compete in Red Bull’s X-Alps adventure race in 2015 — in which he finished 10th and was named Sportsman of the Event, having come from last place on the first day, earning him the nickname "the comeback Kiwi" — and has competed in it several times since.

Ms Goldner said she heard about Mr Neynens’ accident straight away and monitored the progress of the rescue from a live-tracking app used by paragliders.

"Like so many who heard about it, I was feeling low and wanted to help."

She, Andrew Dobinson and Hammed Malik had set up a GoFundMe page — it had raised more than $50,000 in four days.

Funds would be used to get Mr Neynens on a repatriation flight to Brisbane, expected to leave today, and for other medical-related and living expenses.