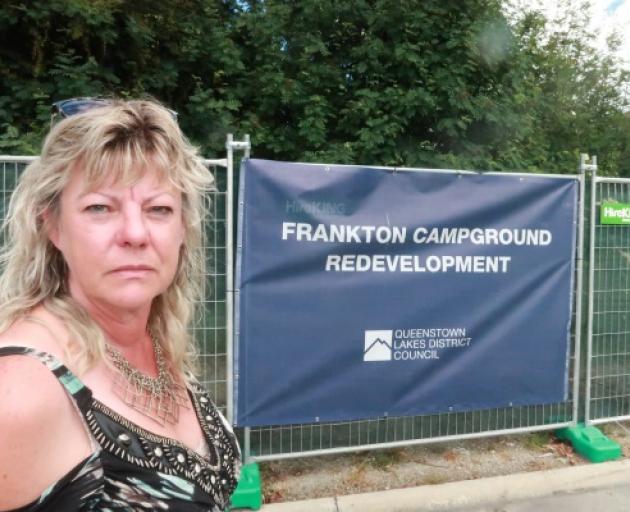 Tracey O'Rourke is not happy. Photo: Mountain Scene
Long-time lessees of the former Frankton campground claim to have been badly treated by their landlord — Queenstown’s council.

Since having to close the camp at the end of January, to allow it to be redeveloped, Tracey and Graeme O’Rourke have waited — and waited — for council to choose a new lessee who would then buy their assets.

Council — which now expects a new lessee to come onboard early next year — advertised for one between July and September last year.

In January, it announced it had a short-list of two, and the chosen lessee would start in May.

That, therefore, was when the O’Rourkes expected to get a pay-out of $1 million-plus for their buildings.

Because the deal wasn’t done, however, Tracey says they’ve had to pay $600 a week for an interest-only mortgage on a new house.

Despite receiving no income since January 31, they’ve had to pay provisional tax and also insurance. 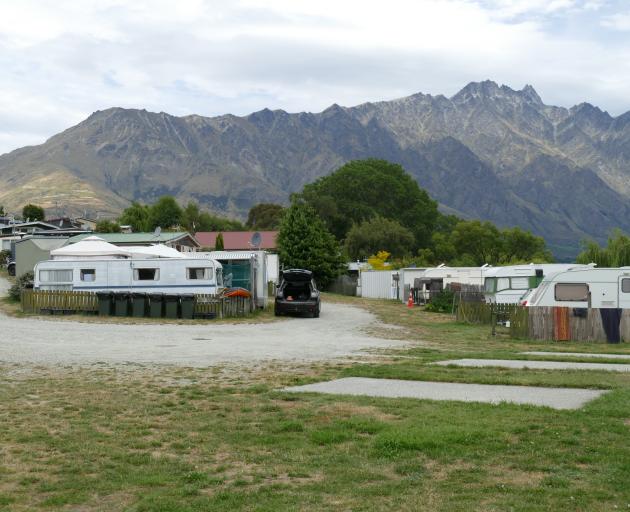 Tracey says they also came under undue pressure to ensure campground occupants cleared their sites as quickly as possible.

This pressure, she adds, continued even when she was looking after her terminally-ill mum.

She’s upset the council, or its property contractor, was all "rush, rush, rush", when it came to them clearing the site, but then appeared to sit on its hands when choosing a new lessee.

Council, in turn, blamed Covid, and a delay in getting the site cleared.

Tracey: "As a good friend of mine explained it to me, it’s like a landlord not giving you back your bond until they find a new tenant.

"Morally, they should be paying us out and then onselling the property to the new lessee."

Lawyers for the couple last month told council its clients didn’t consider it had acted "fairly and honestly throughout this process".

"Council has failed to act reasonably, without empathy for the pressure this approach has put our clients under."

The lawyers also didn’t believe council was right to insist "third-party buildings" were removed before a new lease could proceed.

"Our clients have nonetheless complied with requests received from council to remove existing improvements at their cost and time."

"I’ve only heard their side of the story, but I know the leasing has been dragging.

"I do feel as if they should be compensated for any expenses they’ve incurred during the period of time they’ve been unable to get any revenue."

"We are taking a report to council on December 10, hopefully they will then approve the new lease and then we will start the process of handover.

"It will be January, February, at the latest."

Cloete says he does acknowledge the problems the delay’s caused the O’Rourkes.

"Our process has taken a little bit longer than we would have liked it to take.

"We have been in discussion with them, it’s not that we’ve never gone back to them and just left them in the dark."

He says Covid was a factor, and it also pushed out the time it took to clear the campground.

"We have been talking with the lessee during this period, but we had to wait for everyone to move.

"We are now moving at speed — we have a really clear line open, going forward, and we are really excited to get the new guys in the camp as soon as possible."

He rejects the idea council could have bought out the O’Rourkes’ buildings, then onsold them to their successors.