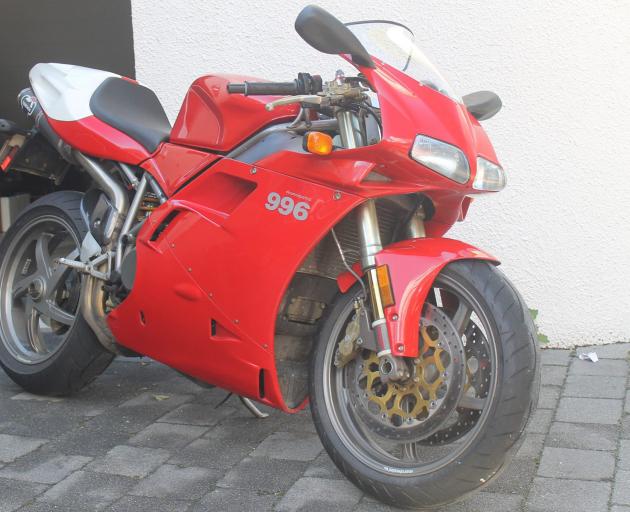 The Ducati motorcycle which still has not been recovered after a Queenstown burglary. Photo: Supplied
Luxury vehicles and a large amount of jewellery were taken in a significant burglary of a Queenstown property, police say.

A 44-year-old Queenstown man is expected to appear in the Queenstown District Court in connection with the alleged crime having been charged with burglary and receiving stolen property.

Detective Sergeant Brian Cameron, of Queenstown, said police executed a search warrant at a Fernhill property yesterday afternoon in relation to the burglary of a Hallenstein St property on April 1, during which a significant amount of property - including a red Ducati motorcycle, a blue Alfa Romeo and a ''large amount of jewellery'' - was stolen.

Det Sgt Cameron said the car had been recovered but the jewellery and the motorcycle were still outstanding.

Sergeant Chris Brooks, also of Queenstown, said it was possible the Ducati had been repainted since. 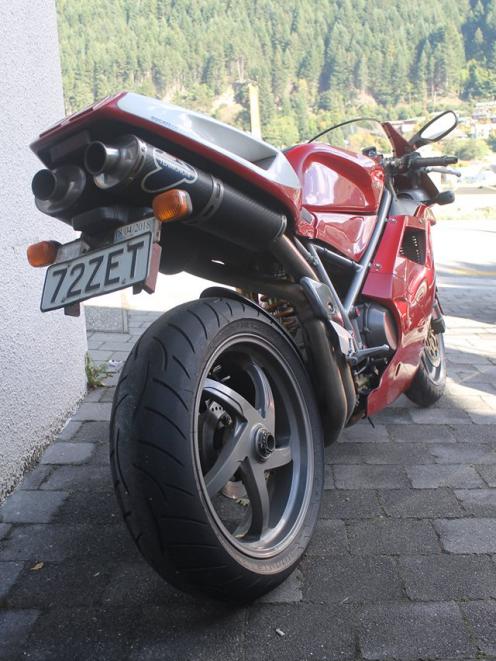 The Ducati motorcycle which still has not been recovered after a Queenstown burglary. Photo: Supplied
The latest arrest was related to several others which had been executed over the lower South Island during the two weeks.

As of Friday 11 people - 10 men - aged between 21 and 60 had been arrested and charged in relation to firearms, Class A and B drugs and dishonesty.

"A lot of [work] has been done in relation to the spate of burglaries within the area over the last couple of months,'' Det Sgt Cameron said.

"Our inquiries are continuing - we still have persons of interest and it continues to be a high priority for us.

"There's still a large amount of property outstanding, particularly in relation to the tool thefts.

"If tradies, or anyone else, is offered cheap or suspicious goods ... contact police."