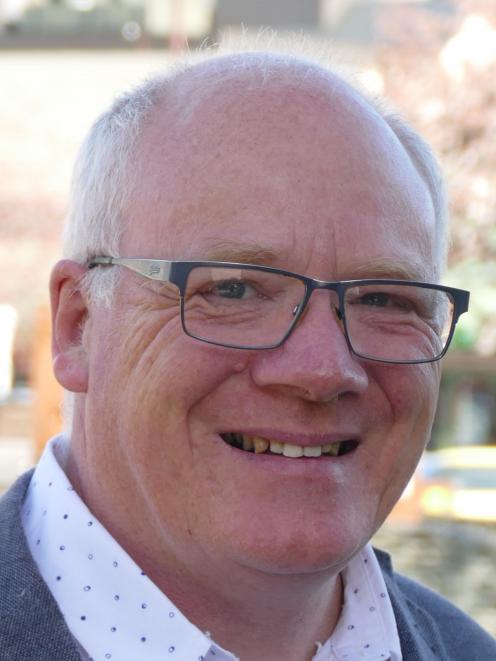 Craig Douglas.
Queenstown businesses are bracing for another labour shortage, which could impede the resort’s economic recovery.

A Queenstown Chamber of Commerce survey revealed more than 70% of the 60-odd members who responded were recruiting for staff, and 55% of those could not find the staff required.

New Zealand applicants for vacant positions were, anecdotally, a rarity.

Compounding his concerns was that about half of his 117 staff were presently on work visas — and most of those were due to expire early next year.

Millbrook Resort operations director Brian Howie said it had struggled to recruit staff across all areas of the resort, including greenkeepers.

Many of its applicants needed some form of visa sponsorship "and at the moment we’re just not entirely sure how that will play out with Immigration New Zealand".

Asked if Millbrook had received many applications for vacant positions from New Zealanders, Mr Howie said "not really, no".

Hoteliers were so concerned about the impending labour shortage, a group of about 20 hotel general managers from Queenstown and Wanaka met last week to discuss the issue having plans to lobby the Ministry of Business, Innovation and Employment.

"We’ve all got concerns that we’re potentially going to be struggling for staff when things begin to pick up and that will have a potential to put the handbrake on any economic recovery," Mr Howie said.

"If we can’t get people cleaning rooms or washing dishes then, obviously, we can’t open hotel rooms."

Queenstown Chamber of Commerce interim general manager Craig Douglas said in part the issue related to too few working holiday visa-holders in the country, about 20,000.

Immigration New Zealand data showed normally at this time of year there were about 40,000.

Mr Douglas estimated of the 8000 visa holders in Queenstown in March, about 4000 held working holiday visas.

They were usually employed in "frontline hospitality".

The chamber was preparing to lobby for restrictions to be relaxed for all visas, as had been done for those wanting employment in the horticulture and viticulture industries.

That, he said, was "robbing Peter to pay Paul".

"All that does is it means people here on working holiday visas will go out of the cafes and bars and go fruit-picking, and we’ve got no staff.

"Really, they should just extend [all] those visas.

"They’re here and we need them — that’s been put to [the Government] often.

"The answer we consistently get from [Finance Minister] Grant Robertson, in particular ... is that we’ve got a lot of Kiwis out of work, they need the jobs first.

"But the problem is, they’re not here."

Mr Howie said the reliance on migrant workers in Queenstown had not disappeared "just because we’ve had lockdowns".

Both he and Mr Ehmann did not believe remuneration was the issue in attracting New Zealand employees — Millbrook, for example, paid above the minimum wage — "but it certainly doesn’t seem to attract Kiwis into some of those key frontline positions that we need to recruit for".

Mr Ehmann said it was "very much a Queenstown-centric problem" and while Hilton was talking about the issues now, "the real terror will hit early next year".

My first reaction to this story was surprise. I had no idea that Queenstown's largest, well let's face only industry was so heavily reliant on transient international visitors on temporary holiday visas. And... they had no emergency plan to cope with an interruption to that labour Supply. Hell, they say it themselves, without that labour they can't open their hotels. Sounds to me that they are the authors of their own misfortune. As such they deserve no support from me. They should pull themselves up by their own bootstraps, bite the bullet and make the sacrifices that the rest of us hit by the pandemic have had to make. At the moment they are whining like dole bludgers and they should be treated the same way.
Here's a way forward, offer a liveable wage, tell your town's landlords to charge affordable rents, likewise your retailers, take a hit on your excessive profits and you may find that NZers will come and work for you and save your asses.

New Zealand has invested years cultivating a sense of entitlement in our workforce at every level. Me thinks the main problem is our children are educated by teachers that have never tasted commercial work. We have a government full of politicians that have never had real jobs, and our democratic system has degenerated into a cesspool of career politicians that keep dishing our free-bees to would-bees that will vote them into another term of overpaid residency in the bee-hive.

Like most New Zealander's, I got up this morning and put on my underwear made in China, my jeans from Pakistan, my shirt made in Bangladesh, and my pull-over from Indonesia. I made myself a cup of Brazilian coffee and logged into ODT on my Apple Computer (made in China but designed in California) to read the news that the government is going to double sick leave, increase maternity leave, increase the minimum wage, and increase the number of public holidays.

New Zealand's labour problems are nothing to do with a skills shortage. It is a lack of sanity in government. It should not be cheaper for me to holiday in Fiji than in Queenstown, but it is ... and the service is better in Fiji ... why is that?

The problem is that these industries rely on transient workers who come here and live mostly off their savings whilst getting paid minimum wage to wash dishes to help make ends meet. When their savings run out they go home.

Perhaps these multimillion-dollar businesses whom have seen record profits year on year can adapt and change their models instead of polling the media to try and get sympathy or political influence.

People can’t afford to live in Queenstown on the salaries paid, so the businesses rely on transient workers or people coming from countries where they are so badly off that living 24 to a 4 bedroom house seems like a good thing. The town’s economy is broken and the business owners are not trying to fix it, just complain it isn’t what they want.