Land can now be sold after appeal resolved 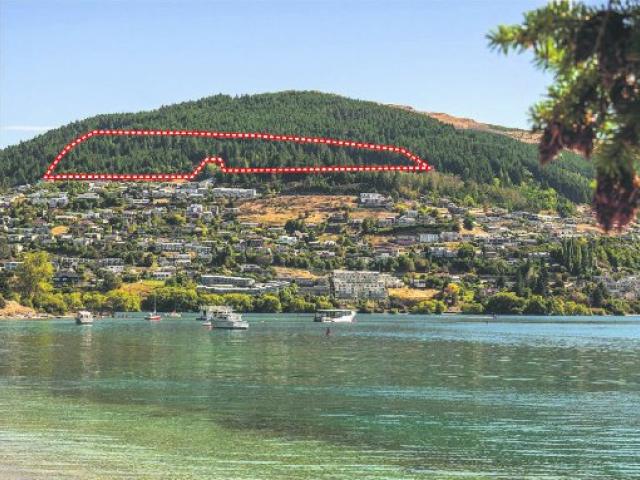 The "commonage block" site in Queenstown is going back on the market. PHOTO: SUPPLIED
A large area of Queenstown Hill can now be sold for a medium-density development, after a zoning appeal by neighbours was dropped.

The prominent "commonage block" - 9.5 hectares of woodland above downtown, near Vancouver Dr - is owned by the Queenstown Lakes District Council (QLDC).

It was put on the market in late November 2017, the council hoping to pocket more than $20million from the sale.

But it was taken off the market last September after a nine-month marketing campaign, more than 80 inquiries and five formal offers, as a suitable deal could not be reached.

It was then put back on the market before being removed again, this time because a group of seven residents appealed to the Environment Court over its zoning in the proposed district plan.

QLDC property director Richard Pope this week said that appeal had been resolved.

"The commonage development block is one of the last ... undeveloped pockets of land left in central Queenstown.

"By settling the zoning appeal and improving access options to the development block we are confident a sale will be achieved that maximises sale proceeds for the community."

This is intended to improve site access options for future developments, and also provide a new scenic walking route up Queenstown Hill, and associated car parking.

The council intends to re-list the property for sale early next year.

It was obtained through a land-swap deal with the Department of Conservation, whereby 9ha of then-Crown land was swapped for 6ha of council commonage land nearby. Negotiations took 13 years.

As such, it represents the last block of a total of 40.47ha vested by the government in 1971 under the Queenstown Reserves Vesting and Empowering Act.

The rest has been sold by the QLDC over the years, and the lucrative returns used to fund infrastructure.