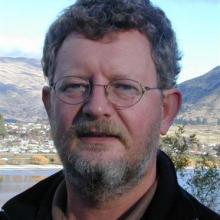 Julian Haworth
The rules about subdivision and development of rural land in the Upper Clutha Basin are set to be tightened up.

The Queenstown Lakes District Council has agreed to carry out a landscape and land use planning study, as it has already done in the Wakatipu Basin.

Its decision follows the Upper Clutha Environment Society lodging an appeal to the High Court over the council’s proposed district plan — which did not include a study of the entire basin.

Yesterday, society president Julian Haworth said the agreement came after months of negotiation with the council and the society had withdrawn its appeal.

‘‘The quid pro quo ... is that council has confirmed that it will carry out landscape analysis across all of the rural character landscape in the Upper Clutha Basin.’’

This would include assessment of the cumulative adverse effects of subdivision and development and might ‘‘result in tougher rules in the basin on the location, quantity, density and design’’ of houses in rural areas.

He had no further comment yesterday, but said previously the study in the Wakatipu Basin had led to a ‘‘much more directive, non-discretionary regime’’.

He gave as an example the study advocating a minimum 80ha lot size in some parts of the Wakatipu’s rural zone to protect their special character.

However, it would be ‘‘only as valuable as the terms of reference underpinning it’’.

‘‘It will be of very limited value if it focuses on the impact of residential development on landscape character and fails to more thoughtfully and broadly address issues of loss of indigenous biodiversity, natural character and sense of place, and landscape health.

‘‘These are more important issues in my opinion.’’

She believed a plan was needed to restore wetlands, widen riparian areas and develop native shrublands and forest within farms.

‘‘The question needs to be asked whether a degraded agricultural landscape devoid of habitat and diversity is the desired state or whether a woodier, wetter, more natural and healthier landscape is the optimum land use and character.’’

A statement from the council yesterday said the study would inform future changes to the proposed district plan.

‘‘This will involve adding descriptions of those landscapes to the rural provisions and, potentially, changes to rules associated with subdivisions and rural living developments.’’