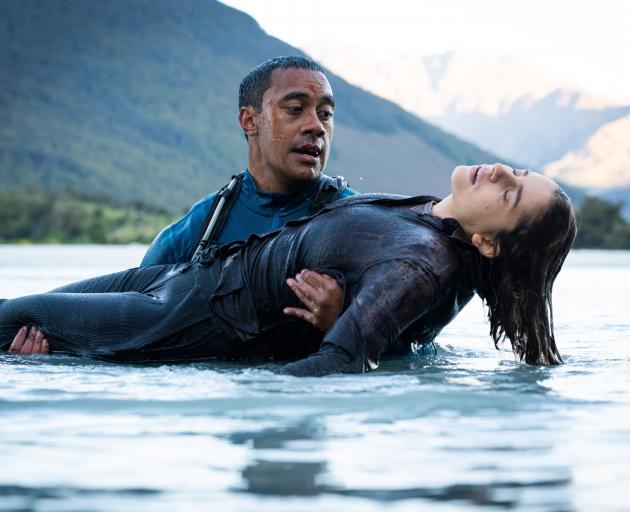 Significantly backed again by New Zealand On Air, the $6million shoot is expected to provide a major boost for the resort’s economy as well as its film industry.

It is again being produced by Queenstown-based Great Southern Television, whose part-owner Philip Smith had always wanted to set a drama in his hometown.

The first six-part series, shot late last year, aired on TVNZ 1 in April and May this year, and was the highest-rated New Zealand drama in the past decade.

"It was really well received by the audience," Mr Smith said.

"One, it played out in the perfect circumstances, in terms of the [Covid-19] lockdown, but at the same time, if an audience doesn’t like something, they walk away pretty fast."

Auckland-based director Peter Burger, back after directing half the first series, said during the lockdown "the incredible scenery here was something that let people get a sense of space that was exactly what we didn’t have at that period". 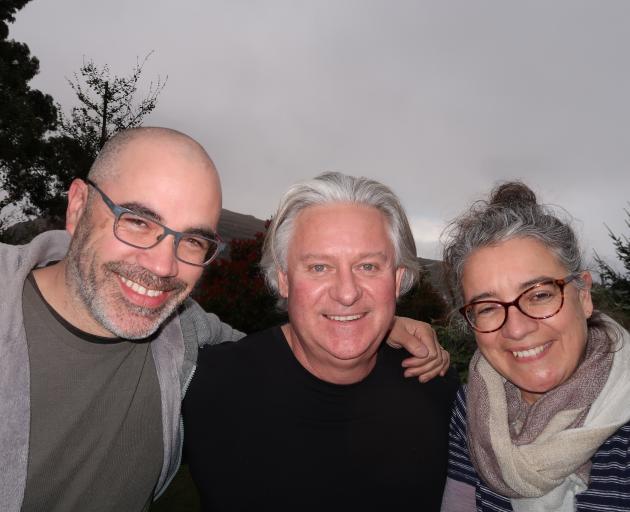 Director Peter Burger (left), executive producer Philip Smith and co-producer Lisa Chatfield.
"And then the other half, it was just a good whodunnit."

It was a hugely competitive process to secure New Zealand On Air funding for a five-part second series, Mr Smith said.

He believed a letter of support from Queenstown Lakes Mayor Jim Boult played a key role "in that he spoke for the local economy and what it meant to make film outside of the main centres".

Wellington-based produced Lisa Chatfield, who was newly onboard for the second series, thought One Lane Bridge was attractive to the funding agency because not enough of the country outside Auckland was being shown on the small screen.

Mr Smith said the second series would include "an event in the town that involves a lot of very fascinating, flamboyant characters".

There would also be "amazing action" on the Dart River bridge, which served as the eponymous "one lane bridge".

As well as using new locations, Mr Smith was aiming to involve more locals in the production.

One Lane Bridge’s new series is scheduled to hit the screen late next year.

Meanwhile, season one has been picked up by United States cable network AMC, which has broadcast other hit shows such as Breaking Bad, Mad Men and The Walking Dead.

It begins broadcasting the series on its streaming service, Sundance, today.