The development would also likely include some visitor accommodation and possibly "limited retail". 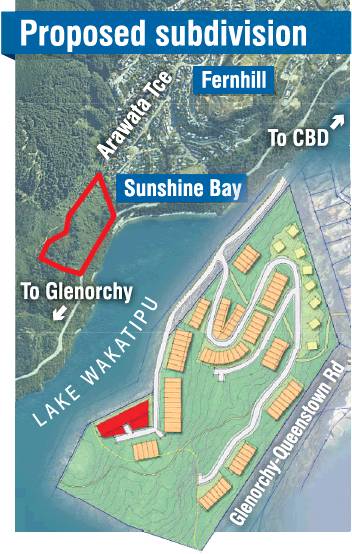 Much of the land was classified as outstanding natural landscape until last September, when an appeal over stage one of the proposed district plan was settled.

On Thursday, council planning and policy manager Ian Bayliss told the planning and strategy committee Mr Xin had already commissioned a suite of analysis reports for the site.

These included a geotechnical review of the rockfall hazard assessment, and reports on infrastructure, and on transport and access.

No significant issues had been identified.

The proposal "hasn’t come out of nowhere" and it aligned with the mayoral task force on housing, which provided a "strong direction to continue to rezone land in appropriate locations" to help address housing affordability issues, he said.

"I think this land is adjacent to the existing urban area and is reasonably well-connected to a range of services and activities, [it’s] easily serviced by infrastructure [and] it’s not arable land.

Mr Bayliss recommended the committee agree in principle to rezoning the land and approve a variation to the proposed district plan, but the committee was unconvinced.

Chairwoman Penny Clark and councillors Niamh Shaw and Quentin Smith had several concerns, including the single vehicle access proposed, off Arawata Tce, and that ratepayers were being asked to fund a variation to a plan change for private gain.

Mr Bayliss was not able to provide detailed information as to the cost, but said under the Resource Management Act there could not be a private plan change to a proposed district plan.

An alternative would be to notify the rezoning as part of stage four of the proposed plan, he said.

The matter was left to be discussed at the committee’s next meeting, in about six weeks.