The Commerce Commission is not considering any further investigation of an agreement it reached between two online travel agencies (OTAs) that prevents accommodation providers promoting their best prices on their own websites.

A commission spokesman said it started investigating parity clauses that required accommodation providers in New Zealand to offer their best price and all their rooms to online travel sites operated by Expedia.com and Booking.com, including Wotif.com and Hotels.com, in September 2015, after complaints clauses in contracts hotel operators had willingly signed were restricting their ability to negotiate different rates or terms with third parties.

"We put our investigation on hold earlier this year to monitor developments in other jurisdictions," the commission spokesman said.

Expedia and Booking.com subsequently agreed to amend price and availability clauses in line with their approach in Europe and Australia, which addressed the commission’s concerns and it closed its investigation.

They could not, however, offer rooms on their own websites at prices below those offered through Expedia.com or Booking.com.

This week the Otago Daily Times reported a group of about 30 Queenstown-based accommodation providers were "deeply concerned" about the decision, given walk-in and telephone booking accounted for about 2% of the overall business.

The two online travel agencies captured 80% of all bookings — and took a 15% commission from each one — calling into question why accommodation providers could not compete for the remaining 20% of the market directly.

Villa del Lago owner Nik Kiddle said the situation equated to collusion on price-fixing, which was anti-competitive and entrenched the power of a duopoly which was "now operating as a cartel".

However, The Rees Hotel chief executive Mark Rose said there were numerous operators who did not share Mr Kiddle’s view.

"OTAs are a channel for us to distribute our rooms through. They spend hundreds of millions of dollars on attracting customers and that cost has to be passed on.

"A 15% commission is not onerous as there are many other channels we work with that cost us a lot more," Mr Rose said.

A Booking.com spokesman has also defended the company’s position.

"In order to maintain our ability to generate significant customer leads for our partners, and invest in all of the new digital technology required to do so effectively, we need to ensure that these properties don’t undercut Booking.com in pricing."

The company was "fiercely dedicated to fostering healthy competition in the market place" by providing customers around the world with the "best possible prices".

In exchange for the marketing services, accommodation providers paid commission when a customer had made a booking and completed a stay.

The company bought incremental business which properties may not have been able to generate themselves without a substantial marketing investment of their own.

The commission spokesman said it was aware accommodation providers had "other concerns" about clauses in their contracts with the two agencies.

"The terms of these clauses have not been agreed by the commission and we are not considering any further investigative action at this time." 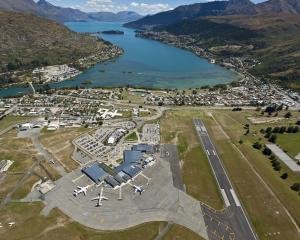 Tinkering with QAC guidance voted down