ORC takes flak on many fronts 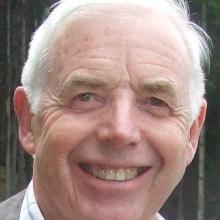 Too little, too late. The Otago Regional Council got a lesson in Queenstown "passion'' yesterday, as it was commended for taking more of an interest in the resort but criticised for not doing more and taking too long to make decisions.

Submissions to the council's draft annual plan ballooned this year, from 180 to 820.

A significant increase came from the Queenstown Lakes district, after the council earmarked more money for the area for public transport, wilding pine control, water quality research and re-establishing a Queenstown office.

At yesterday's hearing in Queenstown - the first regional council draft annual plan hearings in the resort for many years - the council was derided on various fronts.

The threat of the council being folded into a unitary authority was raised.

Forsyth Barr chairman Sir Eion Edgar said: "Speed is of the essence - that will get you support. Otherwise there will be a greater push for a unitary authority.''

Councillors were repeatedly told the Dunedin-based body was not spending enough money in Queenstown Lakes and not paying enough attention to problems in one of the country's fastest growing areas.

Many were against the council's multimillion-dollar headquarters planned for Dunedin.

Cr Doug Brown, who chaired the hearing, often responded to submitters that councillors were aware of the "passion'' from Queenstown people.

Wakatipu Wilding Conifer Control Group chairman Grant Hensman said $40,000 set aside for wilding pine control in the Queenstown Lakes was money well-spent, but it was not enough.

Andrew Davis, of Lake Hayes, who is part of the Arrowtown Choppers group, said $100,000 earmarked for wilding pine control for all of Otago "does nothing'' and would basically pay for "one guy on a chainsaw''.

"My expectation is it needs to be tenfold.''

The Frankton Community Association's submission accused the council of neglect, underinvestment and a lack of leadership, particularly regarding traffic congestion and lake water quality.

The council appeared to close the door on some submitters.

In relation to a submission about a monitoring buoy in Lake Hayes, council chairman Stephen Woodhead said the lake was already well studied and the council wanted to be "doing something''.

Regarding a costly proposed sewage system for Glenorchy, Cr Woodhead said the existing septic tanks were not sustainable and "there needs to be some sort of modern and efficient community scheme''.

Hearings finish on Friday and the council will adopt its annual plan on June 28.