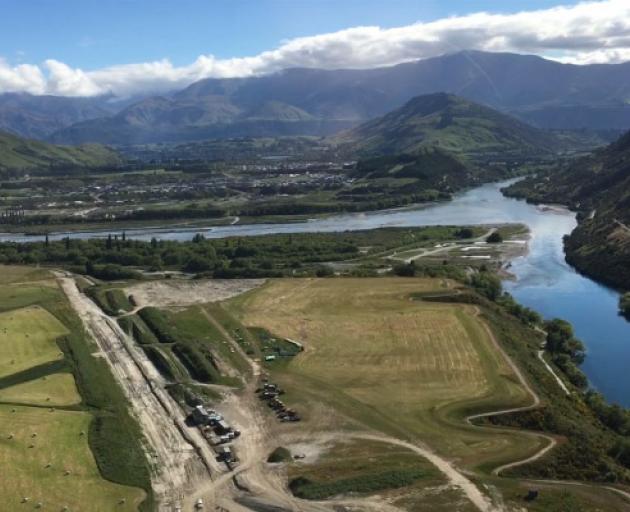 Council planning and development general manager Tony Avery said the masterplan included a wide mix of development densities, opportunity for an improved bus service, local facilities such as a town centre, a primary and high school, and a community and sports centre.

"These factors aim to encourage movement in and around the area, and reduce the number of trips in private vehicles required to cross the Shotover Bridge," he said.

Speaking before the vote at the council meeting in Wanaka yesterday, Mayor Jim Boult said he wanted to put it on the record that he would not support the commencement of development along Ladies Mile until there was "a comprehensive and robust plan in place to ensure we do not get further congestion along Ladies Mile or the Shotover Bridge".

Included with yesterday’s agenda item was an undated position paper from the NZ Transport Agency which outlined its concerns about the proposed development’s implications on traffic.

The masterplan envisages up to 2400 dwellings in mainly high- and medium-density areas of up to 70 units per hectare.

NZTA’s report said it remained "unclear" how the development could be designed so as not to adversely impact on the existing roading network.

It had previously stated it wanted no more than 1100 units.

While the masterplan relied on "significant modal shift" from cars to public and active transport, NZTA noted the council was "assuming" the development would encourage that.

"But, technical advice based on international research indicates that a 5-6% reduction in traffic generation can be expected for a mixed-use development.

"Public transport will not cater for all trips, so there will always be a resultant increase in vehicle demand across the [Shotover] bridge largely irrespective of the housing density or mix of development."

One factor it highlighted was the 870 schoolchildren who
crossed the bridge each day.

The Ministry of Education was "part-way through" considering sites for new schools in the Ladies Mile area, according to the covering report.

"The future school sites are an important component of the masterplan as they provide an opportunity to reduce a significant amount of traffic that crosses the bridge."

A community information session on the draft masterplan will be held at the Shotover Primary School at 7pm on Wednesday, May 5, while public feedback closes on May 28.

The draft masterplan will be presented to a full council in July for endorsement.