A political poll showing a jump in support for the National Party shows it is ‘‘game on’’ for next year’s general election, former prime minister Sir John Key says.

Sir John was speaking to the Otago Daily Times during a visit to the Gibbston Valley Resort, which is under construction and where he owns a section, to officially hit the first ball on the site of its nine-hole golf course.

The latest 1 News-Kantar poll, which had support for National rise four points to 32% and decline one point for the Labour Party to 40%, was a good start to the year for new National leader Christopher Luxon, Sir John said. 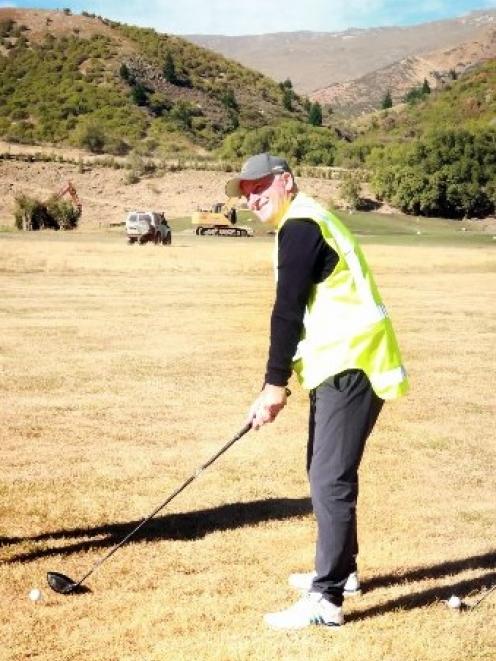 Sir John Key lines up his shot at Gibbston Valley Resort yesterday. Photo: Guy Williams
During his tenure as prime minister, the first poll of the year typically favoured the government, as people returned from their summer holidays feeling good about life, he said.

‘‘So, given the timing of that poll, it’s a good sign for National.’’

He said the poll was encouraging but the next 18 months would not be easy for National.

‘‘Incumbency gives any government a huge advantage, but I think the Labour Party won’t be sleeping as easily as they have been recently.’’

Mr Luxon was ‘‘extremely intelligent’’ and a hard worker. He also had the advantage of being new and not carrying political baggage although his MPs had to stay unified and back him.

Asked about the Government’s management of Covid-19, he said the uncertainty surrounding the virus made it a challenge, but New Zealand’s geographic isolation gave it more time to respond.

‘‘You have to ask the question whether the Government’s actually used that time . . . I think there’s a widespread view it’s been caught a bit flat-footed.’’

As booster coverage continued to rise, he was keen to see the borders reopen to at least Australia within the first half of the year.

‘‘We’ve got to accept that Omicron’s going to be everywhere in New Zealand, so at that point what are we actually trying to hold out?

‘‘So long as people are triple-vaccinated and tested before they come in, they present a pretty low risk.’’

It was also time to dismantle MIQ, which had been a ‘‘failed system’’ for a long time, and legally questionable.

‘‘Now that Omicron’s here, give me a reason why you wouldn’t believe that someone who is triple-vaccinated and tested can't go and self-isolate at home.’’