0 Comments
It's not often that you get to put your skis on right outside your front door - at least not for Queenstown woman Natalie Urbani who, thanks to an expected dump of snow close to sea level, got to ski down the golf course and the streets of her neighbourhood this morning.

Urbani says she was hopeful the "weather bomb" would bring in some more snow but didn't expect to be able to ski so close to home.

"We heard about the storm and thought it would happen overnight but then at 6.30am there was green grass outside. We thought we'd missed it. The Remarkables were closed so I went back to sleep a bit longer - then at 9am I woke up and there was a blizzard," she said. 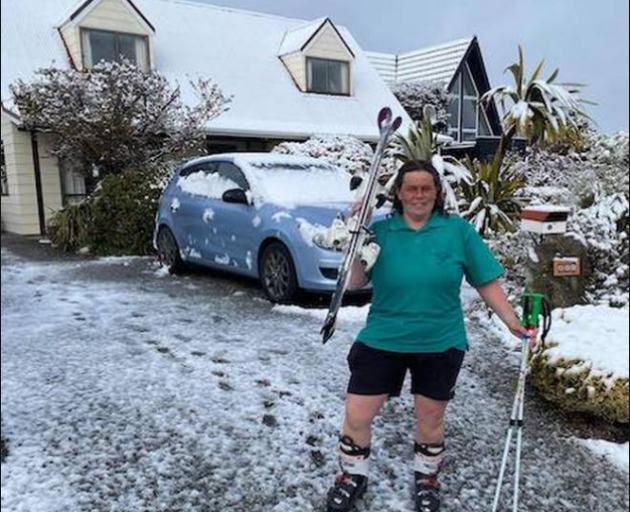 It's not every day you get to put your skis on right out of your door. Photo: Supplied
The woman, who lives in the suburb of Kelvin Heights, not far from the Queenstown Golf Course, told the Herald she hadn't been able to ski that close to home in recent years.

"Back in the 90s we sometimes got to ski on the golf course but not in recent years," she said.

A keen skier, Urbani is up the mountain most mornings for a blast down the slopes, before making it back into town in time to start work at 4pm. 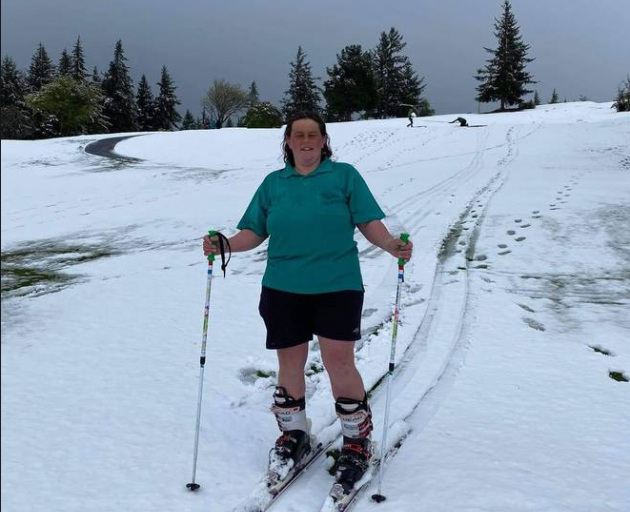 Natalie Urbani says she hadn't been able to ski on the golf course grounds since the 90s. Photo: Supplied
Yesterday was, in fact, her 84th day skiing this season - and she hopes she can sneak in a few more before spring truly starts.

When the Herald spoke to her mid-afternoon, she pointed out that the weather was starting to close in again - and her fingers are crossed for another fresh dump of snow at low level.