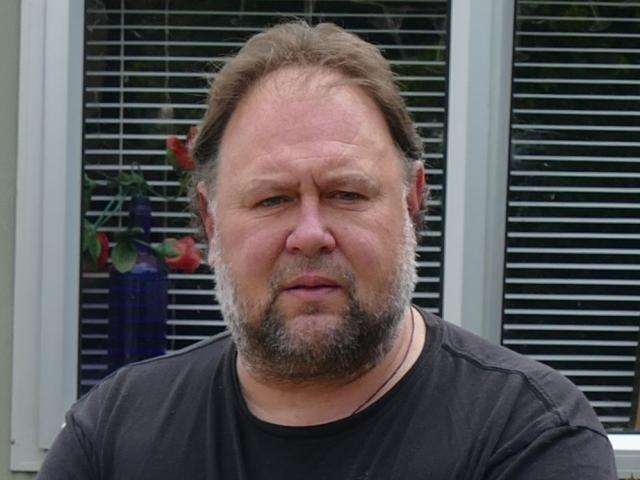 Jason Chisholm
Frankton Motor Camp residents claim they feel ''bullied'' into leaving the site due to the ''greed'' of the Queenstown Lakes District Council, as their eviction date looms.

The council wrote to permit-holders and residents at the camp in August to outline further developments regarding its responsible camping strategy, including plans to turn the site into a ''camping only'' facility.

Permanent and temporary residents would have their cabins removed as the current lease on the site expires on August 31, and QLDC planned to remove some before that date and the rest in stages.

Permanent resident Jason Chisholm (48) said ''it's a bit of a shock'' and ''pretty disappointing'' that more than 100 residents would be evicted.

''They're breaking a whole community.''

He said there were still a lot of unresolved details about the cabin removals just months before the lease expires.

''They're treating us like mushrooms - they're keeping us in the dark.''

Mr Chisholm would be moving to Dunedin, but claimed there were many ''vulnerable'' people on site who would struggle to readjust once they were evicted.

In a letter to residents this week, QLDC chief executive Mike Theelen said the council recognised ''any change in established living arrangements can be stressful''.

He said the council planned to stop the use of any temporary or permanent residential accommodation on site, for it to be used solely for camping purposes, by summer 2020-21.

A resident living at the camp for more than 10 years, who asked not to be named, said ''we all know that Queenstown cannot continue down this road - it has lost its soul''.

''Money talks and until people
realise life isn't all about making money and stepping on others to get ahead, things will never change for the better,'' the resident said.

The decision would adversely affect many residents who work in the town, leaving them ''with nowhere to go''.

Temporary residents Jim and Shirley Thompson, of Dunedin, who have owned a holiday cabin on the site for 25 years, said they felt residents were being ''bullied'' into leaving.

As part of its responsible camping strategy, QLDC also sought another large camp site able to accommodate more than 200 vehicles and planned to develop space for 400 campers at 12 Mile Delta.

Queenstown Mayor Jim Boult said it was ''way off the mark'' to suggest Queenstown was becoming an enclave for the rich.

''There is no council more dedicated to providing affordable housing than this council.

''I feel very sorry for people over there.

''We will do our level best to ensure that there are other accommodation options for them well before they have to move out.''

Rough sleepers in town is a consequence. History is precedent, Mayor.