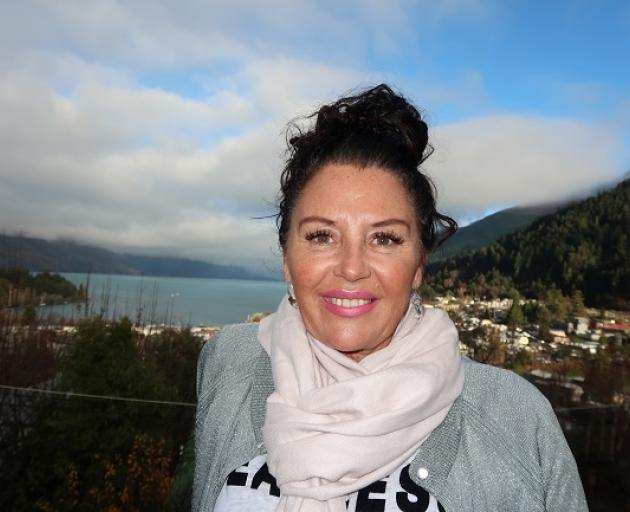 Denise Cloughley. Photo: Scene
A former Queenstowner warns the resort’s problems with drugs and alcohol are escalating on a par with the rest of New Zealand.

"In Queenstown it’s well and truly on the ground and it’s only going to continue to grow, methamphetamine particularly," alcohol and drug treatment navigator Denise Cloughley says.

She’s speaking after police recovered more than $200,000 worth of meth, or P, in a raid on a Queenstown property last week.

After charging a 36-year-old man with possession for supply, police also warned that gangs were bringing a growing amount of meth into the Otago Lakes area.

An ex-alcoholic, Cloughley’s concerned the "horrific drug" meth is now as available in Queenstown as booze.

"It is available on the street corner, it’s only a phone call away – it’s just that it comes at a different price."

Even then, she says it sometimes sells on the street for less than cannabis.

"What I find in Queenstown is there’s a high percentage of people in the hospitality industry, especially chefs, that are suffering from addiction to drugs and alcohol.

"They’re needing to work long hours, and finding meth helps them with that."

Cloughley notes that cocaine and MDMA use is also on the rise.

Meth is highly addictive, she warns.

"Then it just becomes a vicious cycle.

"You’re trying to work to make the money to support your habit [though your work performance suffers].

"Ninety-nine per cent of the time, in cases I work with, they’ve stolen or demanded or stood over people for money."

However she’s also concerned with alcohol addiction levels in Queenstown.

People use it to handle work or financial pressure, she says, though the resort’s social environment can also be a trap.

"Queenstown is a harder place not to socially participate in alcohol.

"When I was living here, it was normal to get together every evening with a bottle of wine – wherever you go, it’s wine time."

But for those genetically disposed towards addiction, that can easily spiral into alcoholism, she says.

Substance abuse increase coincides with an increase in underlying issues like anxiety and depression, and ‘disconnectedness’.

They "lead people to find something to make themselves calmer or feel better, whether it be drugs or alcohol".

"The answer to the way you’re feeling is just around the corner."

Another problem is Queenstown and the wider region don’t have detox and rehab beds, though she says the town has psychologists who can help.