Restoration from the ashes of a homestead 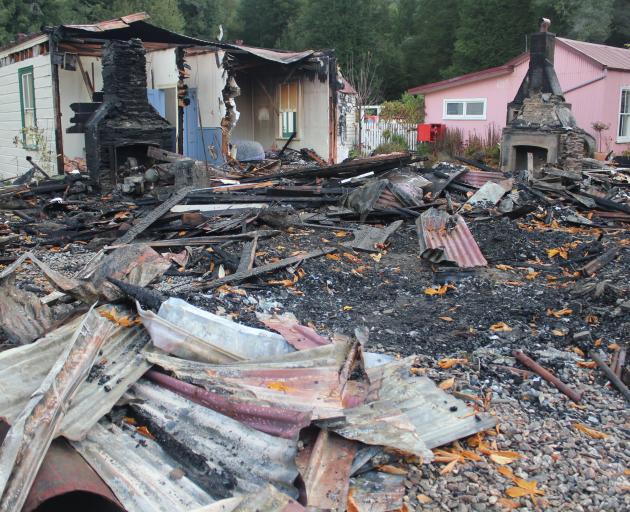 The homestead’s charred remains, with the surviving accommodation wing at left. PHOTO: PARADISE TRUST
Thursday was the fifth anniversary of a fire that destroyed the 133-year-old homestead at the Paradise Trust property, near Glenorchy. Guy Williams asks the trust’s key figures about their memories of a calamitous day, and the remarkable team effort that restored the property’s accommodation capacity by the next summer.

It was a bolt from the blue.

During a violent thunderstorm, lightning struck a transformer box near the Paradise Trust property about 6am, sending a power surge up the lines into the historic homestead.

The building shook, the meter box exploded and sockets shot out of the walls.

Trust manager Mandy Groshinski, now very awake in a cottage a few metres away, walked over and surveyed the homestead's interior by torchlight.

Apart from the obvious damage, all seemed well. Even better, there were no guests on the property to worry about. 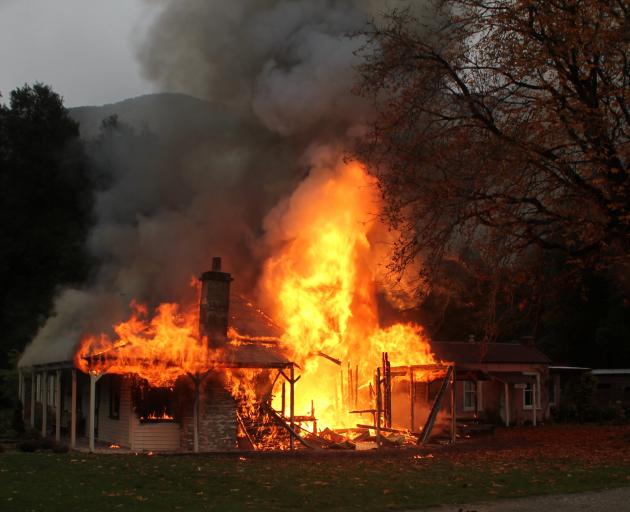 The 133-year-old homestead on fire. PHOTO: PARADISE TRUST
But with power and phone lines out across the area, she needed to get hold of the trust's chairman, Tom Pryde, so an electrician and insurance assessor could get on site as soon as possible.

Ms Groshinski said her memories of that day "will be forever etched on my mind".

"It started with a massive explosion ... and it didn't stop."

She and a neighbour drove through flooded roads and high river fords to Glenorchy to get to a working phone.

During the dash to the township she picked up her sister, Chrissy Spence. As they approached the property on their return journey - about two hours after the lightning strike - they could see what appeared to be mist hanging over the homestead.

They drove up to the property to see the homestead in flames, and she was overcome by a feeling of hopelessness.

"You knew straight away it had gone past the point of saving.

"That was absolutely gut-wrenching."

The 129ha property, half of which is covered by beech forest, is nestled on the edge of Mount Aspiring National Park, 7km north of Glenorchy. 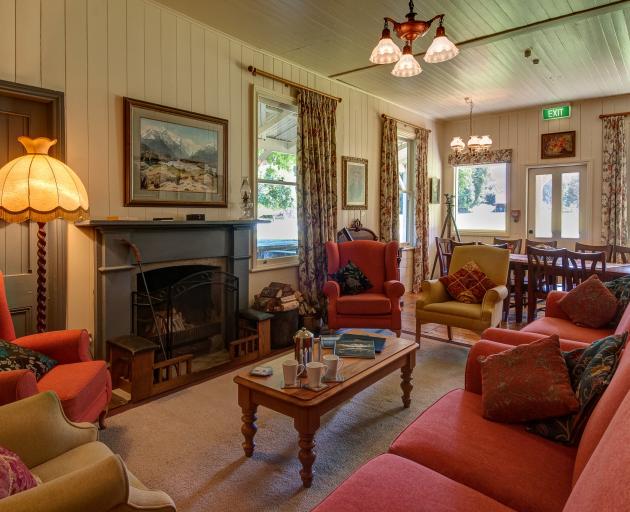 The homestead’s living room just weeks before the fire. PHOTO: LAURENCE BELCHER
It is used as an accommodation facility, education centre and venue for weddings and social events.

The homestead was its centrepiece, built in 1883 by New Zealand's first government architect, William Mason, for his retirement.

The Heritage New Zealand category 1 building had been reopened only four years earlier after a near-$1million restoration project.

But that investment had a saving grace: a pair of fire doors between the homestead and an adjoining accommodation wing limited the fire's spread.

The wing, only two years younger, survived with only smoke and water damage.

Like his father before him, he was the solicitor for its previous owners, the Miller family, and spent part of his summer holidays there as a boy.

After the call from Ms Groshinski, he had driven straight up from his Lake Hayes home.

The sight of firefighters dousing the homestead's charred remains was "awful", he said.

"You never expect a lightning strike." 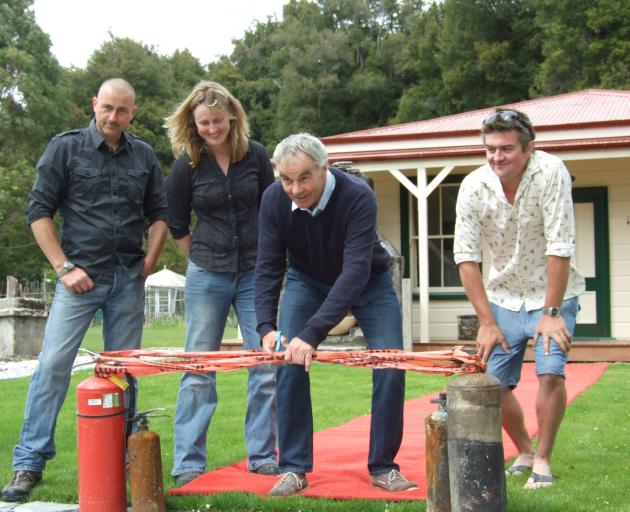 Paradise Trust chairman Tom Pryde (centre) opens the refurbished accommodation wing less than six months after the fire, while trust manager Mandy Groshinski and builder Mike Kingan look on. PHOTO: ODT FILES
Instead of wasting time grieving, he and the trustees threw themselves into the work of preparing the insurance claim and thinking about how to restore the property's accommodation capacity before the next summer.

After much agonising, it was decided not to rebuild the homestead. Instead, the accommodation wing was repaired and renovated, and given a new frontage resembling the homestead's.

The "Annexe" accommodation building was refurbished, and the former Glenorchy schoolhouse was relocated to the property for use as a function and meeting centre.

Finally, eight donated cabins from Glenorchy's old camping ground were trucked on site, dotted around the property and tidied up.

Ms Groshinski, who will mark nine years as manager next month, said she was still "quite astounded" that so much was achieved in a little over five months.

Glenorchy builder Mike Kingan, who had completed the restoration of the homestead four years earlier only to see it burn down, was instrumental in that, she said.

"He really felt the loss of that building, but to be able to save what he could of it - that's massive."

The trustees had been forced to make some "pretty hard" decisions, and quickly.

"The big question everyone asked was `Are you going to rebuild?'. We didn't rebuild, but instead we saved what was there.

"I think the trust can be so proud of that decision.

"It means that although we lost the homestead, we'll actually be able to save three heritage buildings."

The insurance payout will fund the conversion of a historic barn for weddings and other functions - now in the planning stage - as well as the restoration of another cottage and the building of a new manager's quarters.

Mr Pryde said although most Queenstowners knew about Paradise, he was keen to see that awareness converted into more "bums on beds".

"We're a charitable trust, so while we have to cover our costs, we're not driven by making a profit or paying dividends.

"We just want people to enjoy the experience."

Residents get answers about stench