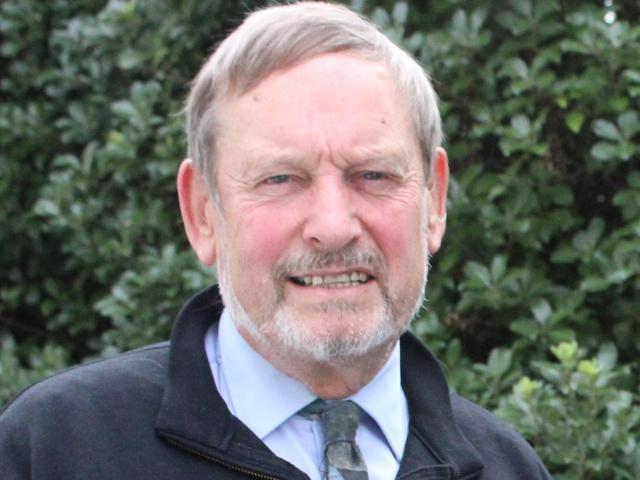 Richard Bowman.
Queenstown environmental campaigners are considering applying for a judicial review of the Otago Regional Council's decision to approve work on the tributary of a ''very fragile'' lake.

The Friends of Lake Hayes Society has disputed the ''lawfulness and validity'' of the council granting Waterfall Park Developments Ltd resource consent to ''place structures, disturb the bed and to dam and divert the flows'' of Mill Creek, in Arrowtown.

The non-notified plans, which would affect the main catchment feeder for Lake Hayes, would only be carried out if the Queenstown Lakes District Council approved the developer's plans to build a four-star, 380-room hotel complex at nearby Waterfall Park.

Society secretary Richard Bowman said it was clear from water quality data that Lake Hayes and Mill Creek were ''either at or in excess of the national and regional water quality standards''.

''As a consequence, the lake is in a very fragile state where any further increases in levels of phosphorus, nitrates and bacteria may have serious consequences for the health of the lake.''

The ORC approved the proposed work on the tributary in September, which would include building seven bridges, six weirs and two culverts in and over the creek.

Waterfall Park Developments Ltd plans included widening the stream, installing dams and building flood walls to avoid damage to historic buildings on Ayrburn Farm land, which adjoins land the hotel was intended to be built on.

The society was seeking legal advice on filing judicial review proceedings over the works being approved without public notification. It said the council failed to notify the society as an interested party.

Members have also criticised the ORC because a monitoring buoy to measure water quality levels in Lake Hayes may have to be publicly notified.

Mr Bowman said it was a ''priority to ensure that the processes used to make key decisions about the future of the lake and catchment'' had been properly considered and applied.

''Ultimately the costs of any remediation efforts to restore water quality in Lake Hayes will be borne by the community.''

Society member Andrew Davis added it was a ''real shame'' the lake had to be closed for public recreation on a regular basis due to unsafe water quality.

Tanya Winter, the regional council's director of policy, planning and resource management, said public notification was not mandatory for the company's application, because potential adverse effects were deemed to be "no more than minor''.

"Consultation with other parties, such as the society is not mandatory under the Resource Management Act. Any effects on them from the specific activities considered were assessed to be less than minor.''

Ms Winter added that the council's recommending report had not considered the "effects of the wider development'' on Mill Creek or Lake Hayes.

Queenstown Lakes District Council planners have recommended the hotel project go ahead, despite widespread opposition from residents and other concerned parties.

Three proposals by Winton Partners for developments at Waterfall Park and on Ayrburn Farm land had been rejected by the QLDC since 2015.

A public hearing of submissions on the hotel plans will be held on January 22-23.