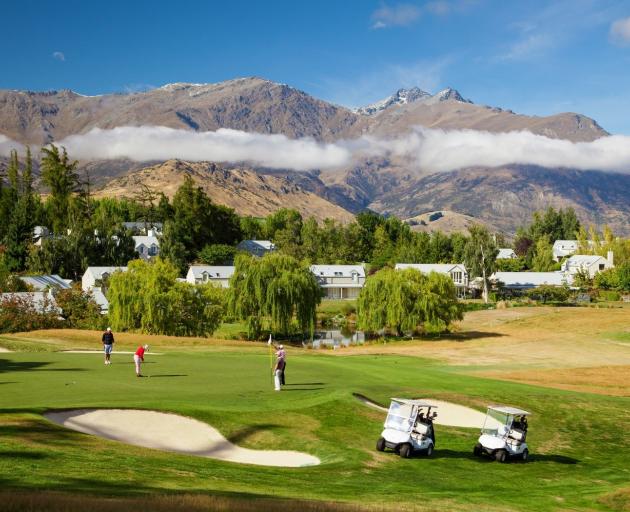 Golf is believed to be on the VIP visitor's to-do list. Photo by Tracey Roxburgh.
A police security operation for the visit of a major political figure to Queenstown this weekend is expected to swing into action tomorrow after months of hush-hush preparation.

Several well-placed sources have told the Otago Daily Times the operation to protect the ''very, very important person'' will involve twice the number of officers used for the visit of Australian Prime Minister Malcolm Turnbull to the resort two months ago.

The security detail for Operation Silver Fern will include members of the police special tactics group and more than a dozen staff from Christchurch.

It is understood the operation will centre on Arrowtown, will continue for about a week, and golf will figure in the visitor's itinerary.

A request to Police Commissioner Mike Bush for information was forwarded to a media adviser, who replied police did not discuss security matters ''in general''.

''However, we are not aware of a visit to Queenstown by a former head of state.''

Otago Lakes-Central area commander Inspector Olaf Jensen did not respond to an email from the ODT asking about the operation.

Queenstown, and Arrowtown in particular, have long been a magnet for international figures.

When contacted about this weekend's visit, Teresa Chapman, personal assistant to Millbrook Resort founder Eiichi Ishii, said guests had the ''privilege of confidentiality''.

Other high-profile visitors to the resort in recent years include the Duke and Duchess of Cambridge, who spent a night at Matakauri Lodge in 2014.

American singer Taylor Swift spent several days in the resort in 2015, holidaying with family and filming a music video.