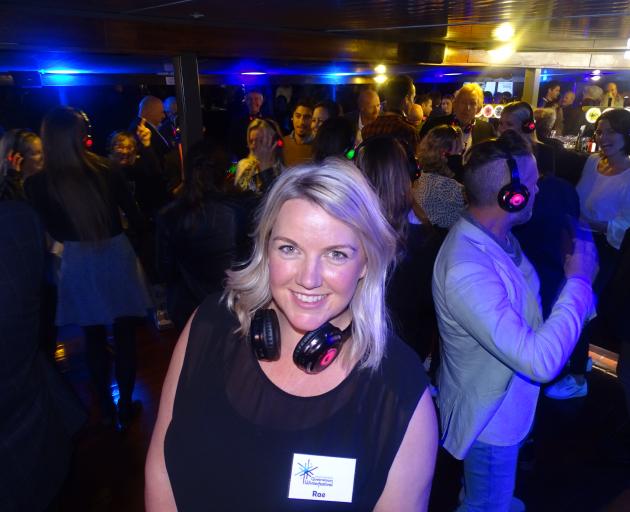 To outsiders they probably looked as though they had lost their marbles.

Last night about 150 invited guests partied on TSS Earnslaw at times belting out tunes only they could hear during the official launch of the 2019 Queenstown Winter Festival programme.

Festival director Rae Baker said the idea for a Silent Disco launch - where without wireless headphones guests were not able to hear anything, including speeches, or the semi-traditional Earnslaw sing-along- ''strangely represents us''.

''There's fun available for you, you've just got to choose to enjoy it ... which is why we had a silent disco.''

Ms Baker said a precursor to this year's festival, being held from June 20 to June 23, would be the live filming of 7 Days in Queenstown on June 19.

The official welcome for the 2019 festival, sponsored by Real Journeys, would again begin with the Matariki Torchlight Hikoi.

This year, to mark the festival's 45th birthday, the programme included some oldies but goodies,

including the Tug O'War on Skis (included in the 1976 festival) and the Suitcase Race, both of which would be held at Cardrona Alpine Resort on the Friday before the fireworks display in Queenstown that night.

Birdman would be back during Saturday's Day on the Bay.

On Saturday there will be a Studio 54-themed ball and a drum and bass night, followed on Sunday by a Mardis Gras at Coronet Peak.

Ticketed events go on sale at 9am today.