Two of Queenstown’s three language schools have gone into hibernation in the past week as their last students graduated.

Language Schools New Zealand farewelled its last four students at a ceremony at its Frankton campus yesterday, and the ABC College of English closed its Man St premises last week.

Both have applied for a share of a $10million Government fund for "private training establishments", which includes English language schools, intended to serve as a lifeline until they can reopen when international students are allowed back into New Zealand.

That leaves Southern Lakes English College in Shotover St as the only school still operating after the March closure of the borders shut off the supply of new students.

Language Schools New Zealand owner Guy Hughes said he was "very motivated" to restart his 27-year-old business when the borders were reopened. 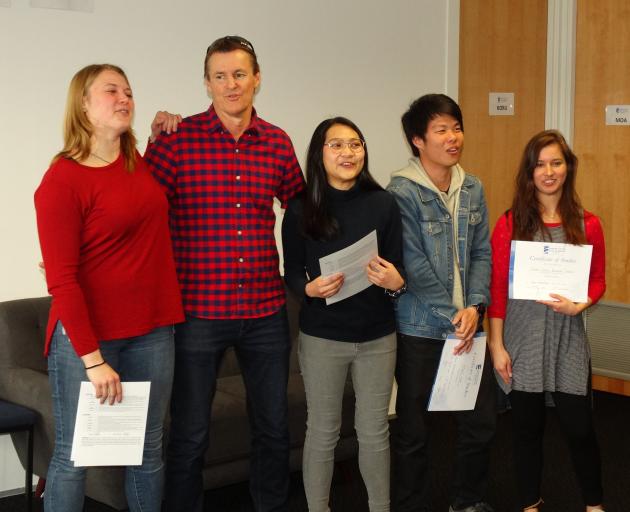 Mr Hughes said he had been anticipating a good year when the "unimaginable" happened and the country went into lockdown.

"We’ve worked our way down from 15 staff and 92 students down to zero of both from today."

Although he had to lay off his teachers when the wage subsidy expired, they all wanted to return when the school restarted.

ABC College of English director Pauline Copland said getting funding was "crucial" to the school’s survival.

The past six months had been a "roller coaster" as the industry’s hopes for international students being allowed to return to New Zealand had risen and fallen, Ms Copland said.

Southern Lakes English College Queenstown principal Bharat Guha said the school had about 60 students who were migrants who had lost their jobs in the resort but had been able to convert their work visas to student visas.

After completing English study at the college, they would progress to a tertiary-level course with the college’s owner, the Southern Institute of Technology (SIT), or at Queenstown Resort College, Mr Guha said.

"We’re like the foundation hub, providing the required English language level so they can proceed to tertiary education."

The college had successfully applied for a "very small" grant from a $1.5million Govern-
ment fund for English language schools to deliver language training to migrants.

It had also run trial programmes, with the Panama Government and a university in China, to teach English online, and was waiting to see if they would be taken up.

He and the college’s 12 staff were "quietly working away to make sure we survive".

"The big advantage is we’ve got that link with SIT where we’re able to send students there, and the zero-fee English scholarship.

"We’ve got a few advantages that the other English schools don’t have, so I feel for them."