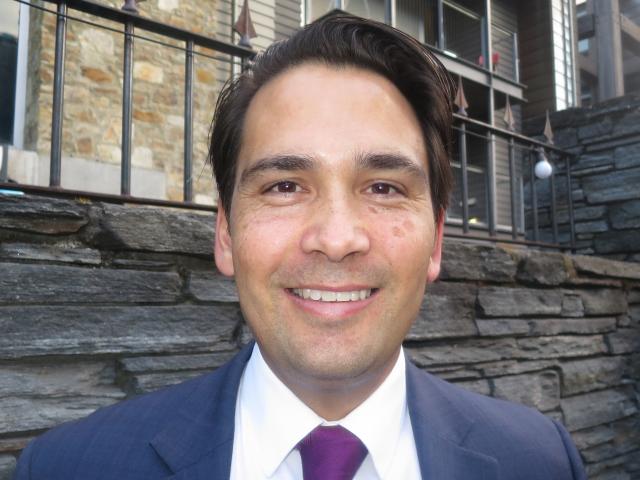 Simon Bridges.
Queenstown is the testing ground for a free app the NZ Transport Agency (NZTA) is claiming as a world-first.

Launched in the resort by Transport Minister Simon Bridges yesterday, the Choice app connects users with live transport information so they can plan journeys and activities and make bookings and payments.

NZTA Connected Journey director Martin McMullan said it was ''the first free and open app of its type in the world''.

Developed at a cost of $770,000, the multi-lingual app's initial version focuses on the resort's winter activities, aiming to help visitors get from the airport into the town centre and then out to ski areas.

The launch was a proof-of-concept pilot to test the viability of rolling it out throughout the country.

Mr Bridges said it had the potential to be ''huge'', and would give the nearly 2 million tourists visiting the resort each year all the information they needed to get around.

''It's not about public or private transport, it's a revolution where all the transport options are at your service - you can mix them and match them.''

Another version of Choice, limited to bus operators, would be introduced in Dunedin by the end of the year.

Queenstown Lakes Mayor Jim Boult said because the app had been developed by the Government, the obstacle of commercial rivalry had been removed, and all transport providers had an incentive to get on board.

Choice is available now in the Google Play store and from Apple iOS next week.