Routeburn Track tragedy: 'We made mistakes' 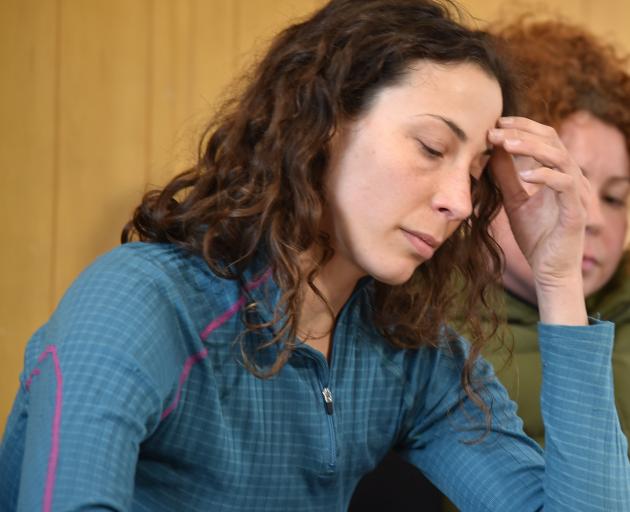 Ms Pizova was rescued on Wednesday after spending 24 days trapped in the hut by deep snow.

The body of Ondrej Petr (27) was recovered by police and LandSAR volunteers yesterday from a steep mountainside below the track about 2km from the Lake Mackenzie Hut.

Speaking about her ordeal at a media conference in Queenstown yesterday, Ms Pizova said she had a "strong message" for anyone who planned to travel in New Zealand’s mountains.

"I am aware we made a few mistakes — not leaving our intentions with somebody, not carrying a PLB (personal locator beacon) and underestimating the winter conditions on the track.

"All these aspects contributed to our tragedy."

Looking nervous and exhausted, and reading a prepared statement in halting English, she described her four-week ordeal as "harrowing".

Although it was not the time to "go into details", she wanted to outline what  happened.

The couple had  encountered "extreme weather" on July 27, including heavy snow and low cloud, which forced them to spend a night in the open instead of reaching the Lake Mackenzie hut.

While attempting to reach the hut the next day, they strayed from the track as the deep snow covered markers, and a "tragic accident happened when my partner fell and died".

She then spent two more nights in the open before reaching the hut.

"I was walking through waist-deep snow and because all track markers were covered, I had to find my own way.

"During this time I got extremely cold, exhausted, and my feet were frozen."

Because of her physical condition, the weather and the fact there were avalanche paths ahead of her, she decided to "stay in a safe place".

"I made a few attempts to walk out from the hut, but my feet, the weather conditions and the deep snow discouraged me from doing so.

"At the hut I saw numerous avalanches coming down."

She broke down in tears towards the end of her statement, when she thanked police, LandSAR and Doc for their efforts in bringing her to safety.

She paid particular tribute to Czech Republic honorary consul Vladka Kennett and her husband Richard, who are Glenorchy residents, for helping her and the couple’s families.

"They are heroes for me."

Mrs Kennett said Ms Pizova’s will to survive was "unbelievable".

"I don’t understand it myself. I think she is a very strong woman.

"I give her enormous credit. She used whatever she could find."

The trampers were partners in New Zealand on a working holiday, she said.