Kahu Youth Trust youth workers Richard Elvey (left) and Angie Lister join trust member George Cairny in a game of pool at the Crib yesterday. The trust received $10,000 from the Otago Community Trust earlier this month to help fund services it provides which include cooking classes and outdoor activities and also services for youth affected by family violence, mental health and other issues. Photo: Tim Miller.
To outsiders, Wanaka seems to be a paradise but it  has the same issues as every  other town in New Zealand, youth worker Richard Elvey says.

Through his work at the Kahu Youth Trust, Mr Elvey sees a range of issues which affect young people in Wanaka, including family violence and youth justice.

"Wanaka is no better or worse than anywhere else but to some people including locals it can seem at times that everything is fine."

The trust interacted with about 70 young people a week between the ages of 11 and 25 and most just wanted a place to gather on a Friday and Saturday night, he said.

Wanaka was a safe place and there was a perception  it was  "awash" with money, but many people did not realise what was happening with young people, he said.

As well as providing a place for young people to have fun, the trust also organised programmes and events such as cooking classes or camping trips.

Confidence with work the trust was doing could be seen in the $10,000 Otago Community Trust grant it received earlier this month, he said.

The grant would go  towards the day-to-day running of the trust.

"We really rely on organisations like the Otago Community Trust and others, because funding in areas like Wanaka is hard to get," Mr Elvey  said. 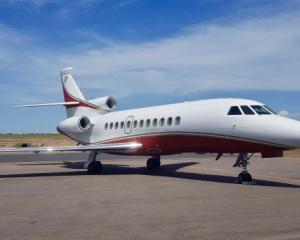