Wind tunnel business dives back into it

By Matthew Mckew
0 Comments
Queenstown is proving a popular destination for Kiwis, according to the manager of the resort’s wind-tunnel business.

business had surpassed all expectations since the company reopened its doors last Thursday, despite 70% of its market having disappeared.

‘‘When the first Air New Zealand ATR arrived, we had a person from Auckland come straight off the plane and into our tunnel.’’

iFly’s wind tunnel is used to simulate the effects of freefall from a skydive. 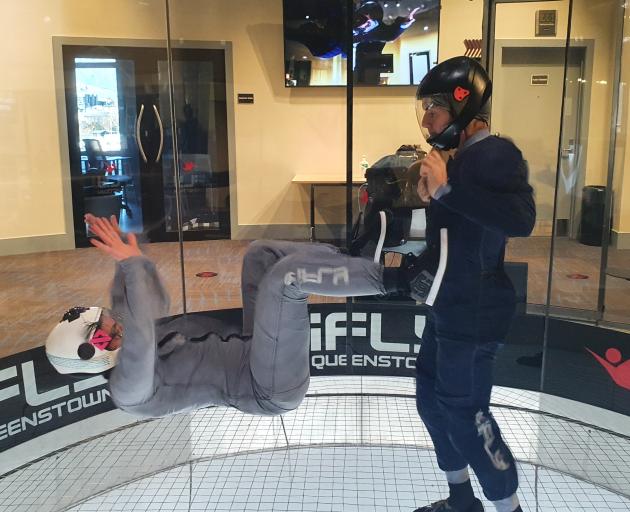 Lean back ... Erica Zanei practises her skills in the wind tunnel with iFly instructor Allen Sparks. Hobbyists and sky dive instructors are enjoying the chance to get

Sales and marketing manager Jason Williams said it was ‘‘really cool‘‘ to see customers from around the South, including Invercargill and Dunedin, supporting local.

‘‘We are seeing a lot of pro-flyers coming in during the week and we are seeing a huge domestic push at the weekends, which is a real change of what the landscape was.’’

Mr Williams said skydive instructors and hobbyists were using the availability of the tunnel to hone their skills or learn new ones.

Air New Zealand yesterday announced return flights to Wellington would land at the resort next Thursday.

General manager networks Scott Carr said the airline hoped the flights would give a boost to the Queenstown tourism sector, and also give locals the chance to fly north.

Air NZ said return flights to the capital would leave daily between May 28 and June 2, then again on June 5 and 7.

From June 12, the airline said it would run three return Wellington-Queenstown services a week, on Fridays, Saturdays and Sundays.

Additional services would be added once demand was shown.