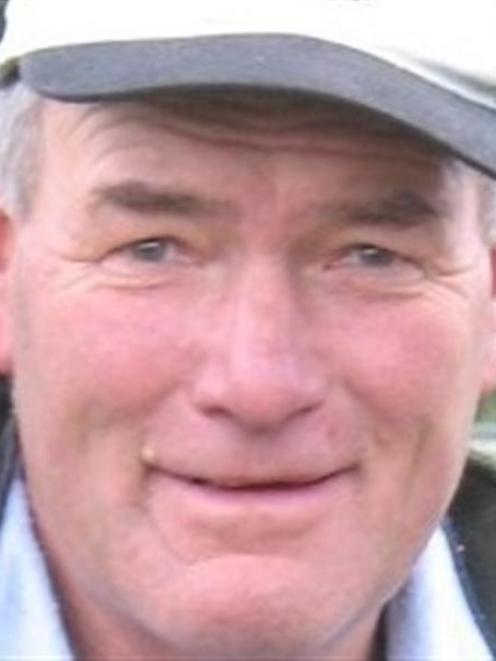 Dave Inder.
The future of the Clutha Agricultural Development Board is in the hands of its executive, after the non-profit organisation this week revealed it faced financial struggles.

Chairman Dave Inder told the about 20 people who attended the board's annual meeting in Balclutha on Wednesday night that the board had been confident of receiving some funding before the annual meeting but that, along with another application, had been rejected.

''It has been a shaky few couple of years for getting funding. It is very difficult to operate offices and staff without income.''

Projects manager Malcolm Deverson told the meeting both staff and the executive ''took to heart'' the suggestion of the last annual meeting and an early survey to carry on ''business as usual''.

''Unfortunately, business as usual without the Clutha District Council's funding from July last year meant a financial loss, and a damaging financial loss at that.''

''The bottom line is that the organisation needs a longer-term funding source or we are just not sustainable,'' Mr Deverson said.

The board had canvassed the industry for opportunities and had approached more than 20 organisations.

''We have been acutely aware of our financial position during this time and we have talked to all these groups with funding in mind.

"And while many of the opportunities that we have discussed with some of these groups are still ''live'' it is now the cold, hard fact that short-term chances for funding are limited.''

In his personal opinion, the Clutha District Council had not followed through on the promise for more effective and efficient extension and development of agriculture for the district, Mr Deverson said.

''I still find it hard to believe that the district is prepared to put up with the loss of knowledge and capacity in this ag board ... the loss of volunteers for the industry - who are the executive and the project-supporting farmers - in short, the loss of this unique Clutha-defining organisation.''

Michael Hurley asked what effort the board had made to build a relationship with the Clutha Development Trust.

Mr Inder said the board had met trustees several times, primarily to ''feel out'' if they were considering giving the board contract work.

Mike Elliot said he was concerned with the board's financial situation, and feared that within two years there would be ''no money in the bank account and we're broke''. He suggested the board ''retire gracefully'' as it had been superseded.

The board was established in the mid-1990s by a group led by the late Alan Shaw after several difficult years for farmers. It was designed to highlight the importance of farming, sheep especially, to the region and also to help farmers become more profitable.