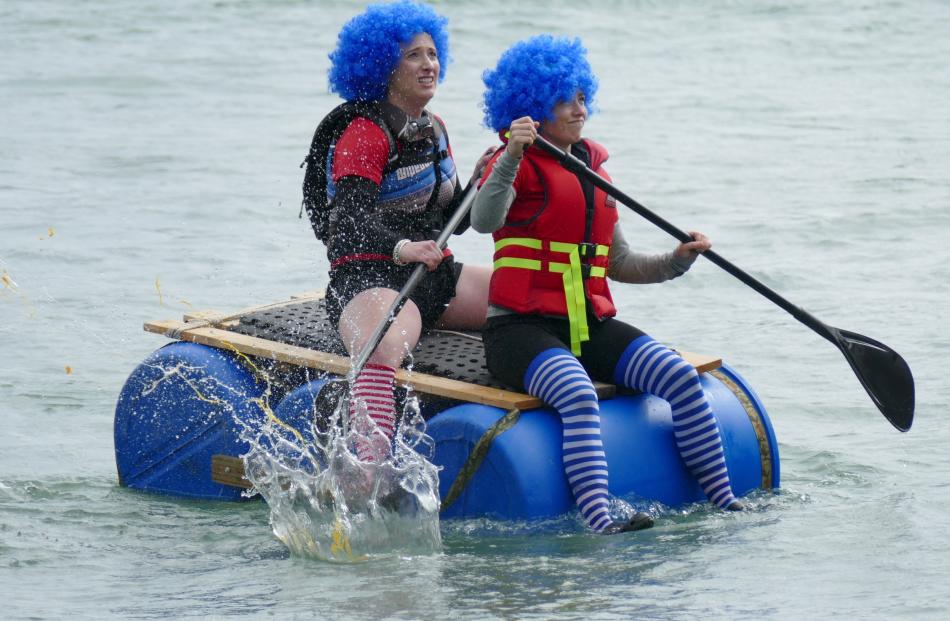 ‘‘The Things’’ team-mates Bex Jones (left), and Shannah Rhynard-Geil, of Dunedin, prepare for a hail of eggs. 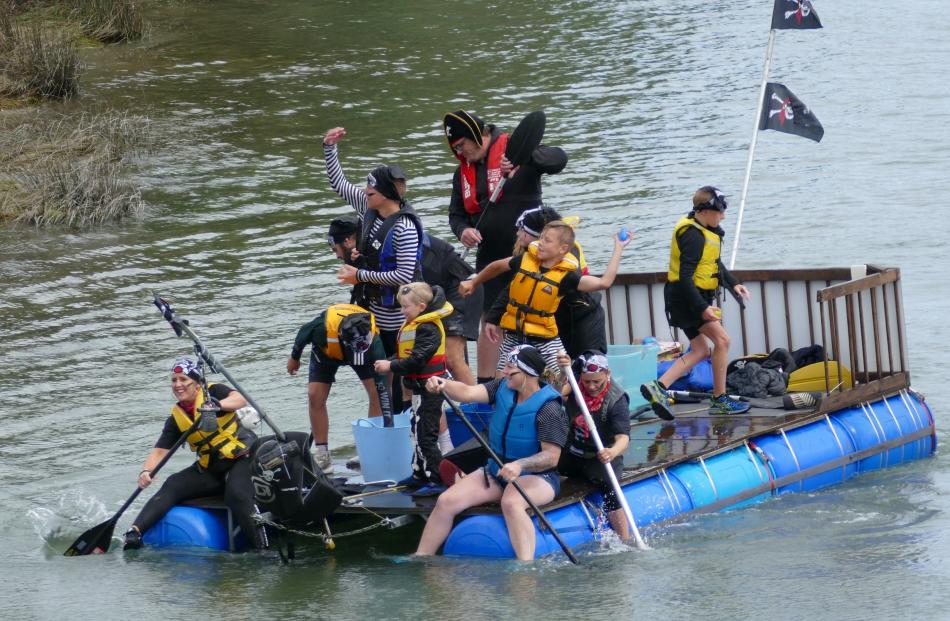 Winning Clydevale team the Whisky Chasers give as good as they get during Saturday's Big River Raft Race in Balclutha. PHOTOS: RICHARD DAVISON 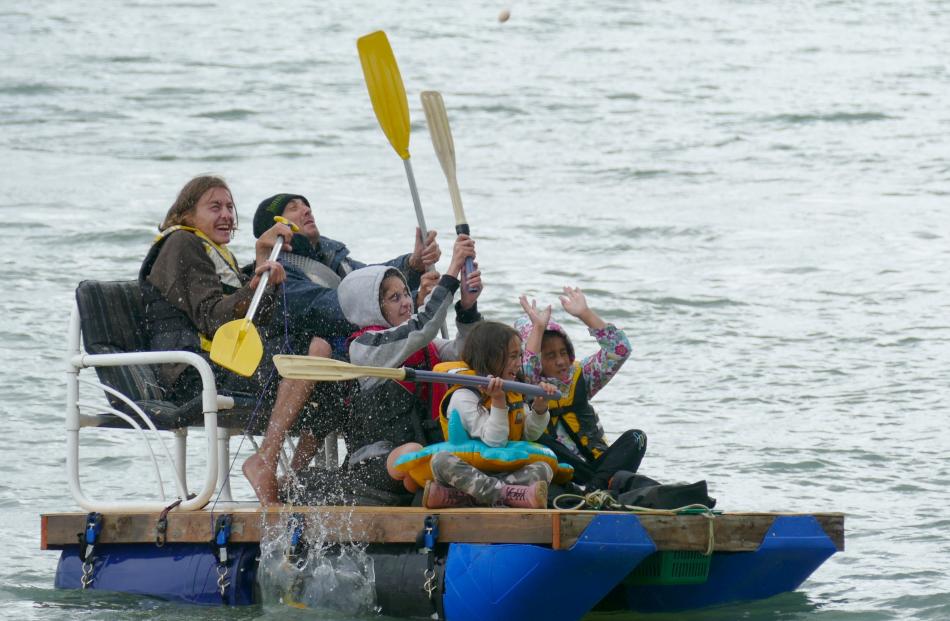 Gore team The Bayliners find a new use for their paddles. 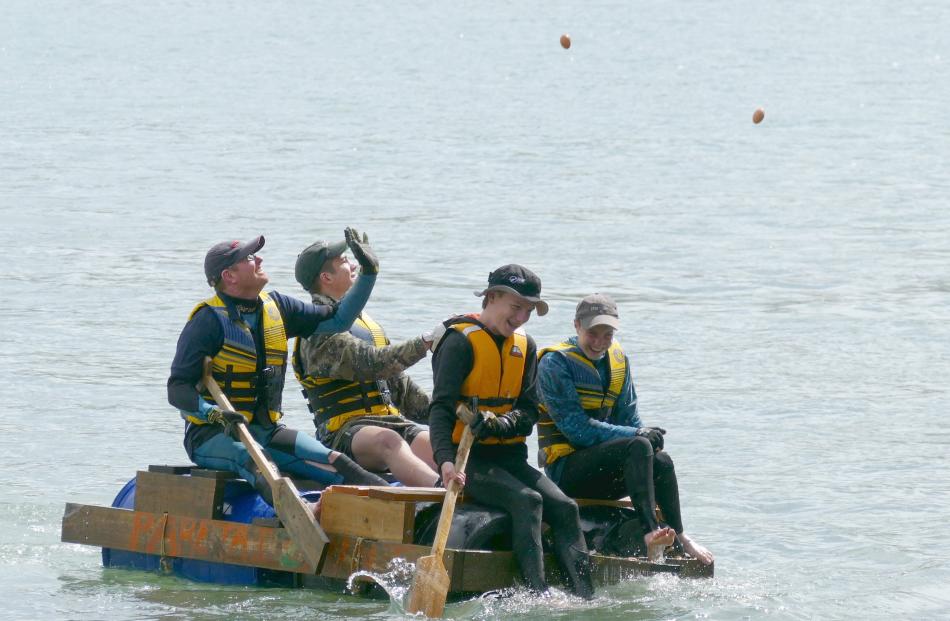 Cloudy with a chance of yolks.

There may have been a slightly unusual forecast for Balclutha on Saturday, but it only served to egg on those attending this year’s Big River Raft Race.

A long-standing tradition of pelting race entrants with a mixture of eggs, flour and water balloons as they pass beneath the Balclutha Bridge was upheld by a cheerful crowd of multiple missile-throwing onlookers.

And although the actual weather conditions may have deterred some entrants, event spokeswoman Layla McNutt certainly remained buoyant.

"The weather has let us down a wee bit today compared to yesterday, but the rafts all got off to a good start and you can see we have a good crowd here to cheer our contenders on."

Recent severe flooding in the Clutha River may also have had an effect on entries, she said, as numbers were down from 17 last year to just eight for 2020.

"Some people may have thought twice about entering with the big logs floating down the river and so on, but we’ve been supported by local LandSAR and Kaka Point Surf Life Saving Club out in the water today, and everyone’s had a safe and fun time."

Among those with smiles on their faces were the crew of Clydevale’s Whisky Chasers, who bettered their second place in last year’s race to take the sought-after Big River title.

Cap’n Tim de Blecourt said his crew of salty seadogs was tired but happy after their victory, which he put down to out-and-out grit.

"We rowed the whole freaking way. We had a tailwind for a bit but then that changed, so it was down to us."

He threw down a piratical gauntlet to next year’s challengers.

"We come back every year. We’ll be back with more improvements and more upgrades."